Thar NFT Makes A Record, Anand Mahindra Is Thrilled To Sell One That Is 'Almost As Expensive As Buying The Real One.'

McDonald's will be serving food in the Metaverse.

Nike's Swooshing Entry Into The Metaverse 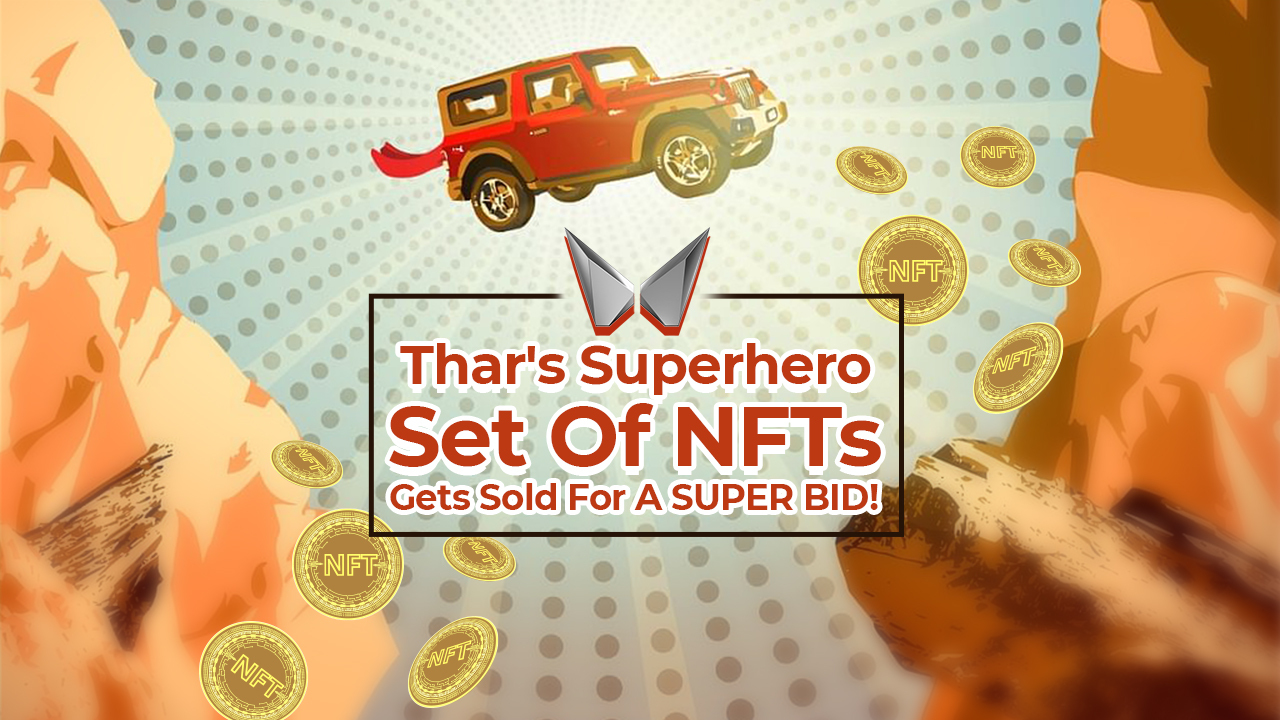 Non Fungible Tokens, commonly known as NFTs, have made quite a buzz ever since they were introduced in the market. Surging and gaining huge margins in profits, everybody has their interest peaked towards the same in some form or the other, creators have finally got a global platform and seek value worth their work, and buyers have things beyond their imagination buy.

Adding to the series of creations, Mahindra & Mahindra has also launched its non-fungible tokens (NFTs). The tokens are based on Thar, the one-of-a-kind vehicle from the automobile giant. As loved as the vehicle is, the NFT was appreciated equally, and one of the digital pieces of the same was sold for a whopping sum of Rs. 11 lakh, as the group reported on Thursday. The group also became the first in the Indian automotive sector to step up and enter the NFT space.

To acknowledge the same, the Twitter account of the company’s premium sports utility vehicle posted, “Impossible? What’s that? The iconic Thar shows what it means to #ExploreTheImpossible in the NFT universe. MetaTHAR collectible ‘Standing Tall’ gets the highest bid of ₹ 11 lakh.”

The IT facet of the Mahindra Group, Tech Mahindra, was involved equally in releasing the NFTs, which were put up on sale through an auction scheduled on Tech Mahindra’s NFT marketplace called “Mahindra Gallery.” Starting from March 29, the proceeds from the auction are to be forwarded towards a Project “Nanhi Kali.” The project supports the education of underprivileged girls in India, as per the Mahindra group.

Anand Mahindra, the chief of Mahindra Group, was very thrilled about the news of this record sale and tweeted, “An overwhelming response to the auction which means it’s almost as expensive as buying the real #Thar! But that makes sense since the NFT is truly one of a kind.”

Capturing a significant amount of interest from the digital-savvy generation, notably, NFTs are at the forefront.

According to the CEO of the Automotive Division of Mahindra & Mahindra, Veejay Nakra, the launch of NFTs is a step ahead by the company to “leverage the next frontier of digital marketing.”

Now, as the automobile giant has entered the space of NFTs, it will plan to harness the countless existing possibilities of interacting and adding to the interest of potential buyers. This will also widen the brand value in a space that looks sorted for the future ahead.

Mahindra Group has earned a good total of Rs 26 lakh in the first batch of the sale in the NFT space. Like all other NFTs, the buyers can display and resell their NFTs, making a profit for themselves and the group for the years to come.

The Dark Web And Its Dark Theories: Things To Take Care Of!