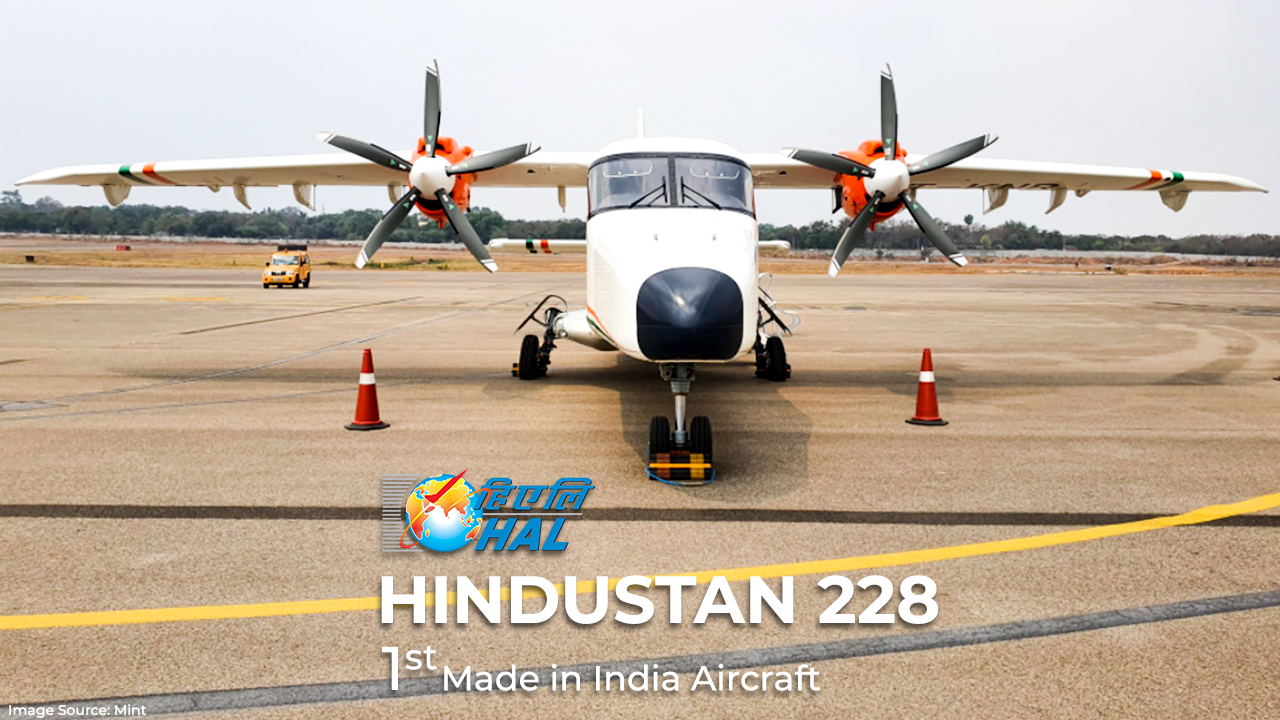 India recorded a new history by launching its new Made in India Commercial Aircraft from Dibrugarh, Assam, to Pasighat in Arunachal Pradesh. The Union Aviation Minister Jyotiraditya Scindia will fag the new operations for the Dornier Passenger 228 aircraft which Alliance Air is currently operating.

Alliance Air is India’s one of the oldest domestic flight services, Air India Regional. Air India is the airline’s parent company, which was sold to the Tata sons in March of 2021.

The 17 seater AC cabin of Dornier 228 is a non-pressurized Aircraft capable of operating during the day and at night. This Aircraft has been made to operate in the North-Eastern regions of India solely and proposes to provide better connectivity between these regions.

Two major events took place in Assam, one of the good regions of the North Eastern province of India. First is the operation of the First flight of Made in India HAL Dornier Do-228 from Dibrugarh in Assam to Pasighat in Arunachal Pradesh. Second is the inauguration of the first Flight Training Organization (FTO) for the Northeast regions of India. The major purpose of launching the new Aircraft is to improve the connection of different Northeast regions through domestic air services under the government’s Regional Connectivity Scheme in the future development plans for India. The government has been an active participant in planning and implementing the major objectives for introducing new air routes, airports, and other Air services-related plans in Northeast India.

Alliance Air company had signed an agreement with the Hindustan Aeronautics Limited in February, which the government of India is running. According to this agreement, Alliance Air agreed to launch two 17-seater Dornier 228 aircraft. The event was to be chaired by Aviation Minister Jyotiraditya Scindia, Arunachal Pradesh Chief Minister Pema Khandu, and Assam Chief Minister Himanta Biswa Sarma the 12th of April 2021.

Until now, the Dornier 228 aircraft was being used by the armed forces of India only. However, in the new mission under Regional Connectivity Scheme, this Aircraft, for the first time, would be launched as a passenger Aircraft with 17 seats.

The major target of this project is the development of the Northeast Indian states, as these regional states have been facing challenges when it comes to connectivity through traveling routes. Another mission of India, ‘Ude Desh Ka Aam Nagrik,’ focuses on this development as a part of the sustainable development of the entire country. This developmental plan for India has targeted the opportunity to provide even a common citizen to travel through airlines. Ministry of Civil Aviation has also stated that the Northeast Indian states are an important developmental zone, as it helps to incur intra and inter connectivity within the geography of entire India.

With a major focus on the betterment of the nation, India has set another history of launching a passenger Aircraft that would resonate in the country’s future growth and open many doors of growth through the connection of different regions to the Integral Northeast part of India.