The Biggest April Fool's Pranks of All Time 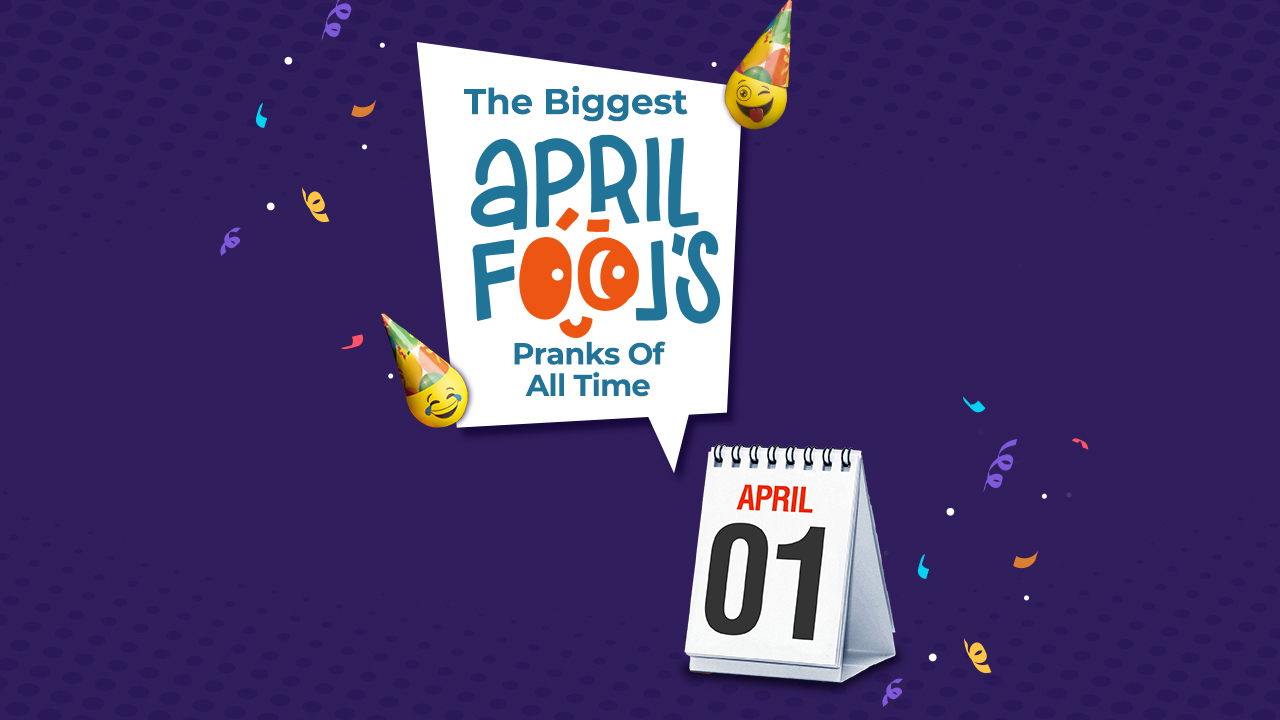 The modern world has made people so clever and intelligent that manipulating them seems impossible for a minute. As April fool’s day is about to step in, maybe you have bags full of tricks and pranks; still, be ready not to get tricked and not get caught red-handed about what you are doing. They may seem like they are falling into your trap, but they aren’t. A quote always shows up when you google April fools saying, “Today is April fool’s day. Believe nothing and trust no one, just like any other day”. I’m just preparing you for the day of trickery because forewarned is forearmed. Some are excited, and some are already worried. Until then, I researched some of the pranks being played.

The iconic clock tower is currently on an update as being said by BBC’s overseas service in 1980. Brits really are the masters of April Fool gags. The joke didn’t go well and they (BBC) had to apologize for their doings but nobody can completely stop them from popping out again new pranks in this Digital Era, however.

Shocking! A subway train burst out.

Nylon is all you need to view things colorful.

Technical experts were being put to work in 1962 by the Swedish national network giving a message to the public that its white and black broadcasts can be made colorful by looking through a nylon stocking. Surprisingly many swedes fell for it. Pathetic..right! It was a hoax but however, their revenge was being fulfilled by burning a big goat every year.

Working with Pi is so challenging because it goes on and on. How can someone work with such an odd and irrational number that doesn’t end? Alabama lawmakers thought of giving pi a new definition by passing a law, making it simply three instead of 3.14159. But it was a hoax set up by a man named Mark Boslough. The news was widely believed. The Indiana Legislature 1897 attempted to pass a bill to make Pi 3.2 (among other numbers).

Everyone believes Aunty Beep never lies, Right! Well! You never be too sure with anyone when it’s an April fool day. A story was made by Aunty Beep about the Swiss Spaghetti in a show segment called “Panorama” ran by them on April 1, 1957, telling that it is enjoying a “bumper year” because of mild weather conditions and forcing out the weevil. Haa! Many Britons were taken in. It was ranked no.1 April fool’s hoax by the Museum of hoaxes- a fine place of things which are all foolish.

You just can’t really believe this day. Google wanted to be also part of this game. In 2005 they branched out a new drink called Google gulp which optimizes your soon to be grateful cerebral cortex. Not only that it is low in carbs.

Add this to other fake products of Google which are Gmail paper, Google romance and so on. But not Google itself. Because it is not fake.