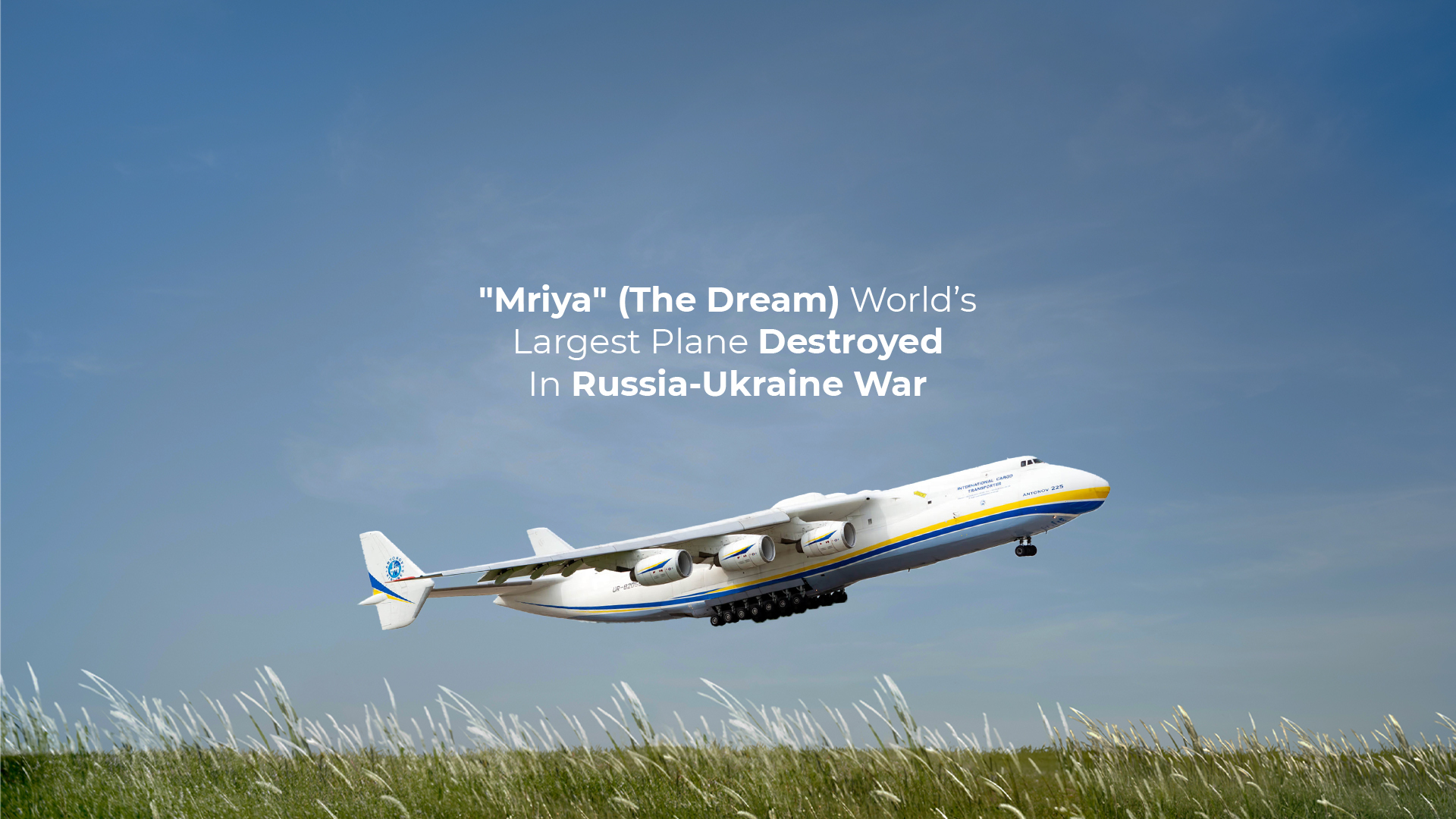 The world seems to be battling another crisis after the ongoing pandemic; the war between Russia and Ukraine is escalating despite various efforts of settlements between the two nations. The recent news was about the Antonov AN-225 or ‘Mriya.’ Ukrainian authorities announced that Russian troops destroyed the world’s largest cargo aircraft during an attack on an airport near Kyiv on Monday.

The statement by the Ukrainian officials reported the extensive damage caused to the plane after Russian troops entered a Ukrainian airbase in Hostomel, where the aircraft was parked. The disclosure of the extent of the damage is still unknown, but Ukraine announced rebuilding the legendary plane.

As per a CNN report, satellite images of the airfield depicted a huge fire leading to significant damages to the hangar in which the plane is located. The fire was reported at the airport at around 11:13 am on Sunday by NASA’s Fire Information for Resource Management System.

Ukraine’s Foreign Minister Dmytro Kuleba commented on the incident saying, “This was the world’s largest aircraft, AN-225 ‘Mriya’ (‘Dream’ in Ukrainian). Russia may have destroyed our ‘Mriya.’ But they will never be able to destroy our dream of a strong, free, and democratic European state. We shall prevail.”

The Antonov AN-225 was designed during the 1980s amid a tense race to space between the United States and the Soviet Union. With a wingspan of over 290-feet, the plane was nicknamed ‘Mriya’ or ‘dream’ in Ukrainian and took its first flight in 1988. It was used to be the most popular in aviation circles and attracted huge crowds of fans at air shows worldwide.

The aircraft was widely used to transport massive cargo loads after the collapse of the Soviet Union in 1991. Initially, it was designed as part of the Soviet aeronautical program but now it has been used for delivering relief supplies during calamities and medical supplies in affected nations during the initial days of the Covid pandemic.

The Kyiv-based Antonov Company are the defense manufacturers who originally designed the plane. The only AN-225 ever built is essentially a large version of another design by the Antonoc company — the four-engine An-124 ‘Condor,’ used by the Russian Air Force.

As per Russia, it had captured the Hostomel airfield, where the giant plane was under repair.

Ukraine’s state-run defense manufacturer Ukroboronprom, which manages the Antonov Company, announced on Sunday that “Russia has hit the Mriya as a symbol of Ukraine’s aviation capabilities.” He further declared that Russia would bear the expenses for restoring the plane, which can cost around $3 billion. “The restoration is estimated to take over $3 billion and over five years,” the company said.“Our task is to ensure that these costs are covered by the Russian Federation, which has caused intentional damage to Ukraine’s aviation and the air cargo sector,” it added.