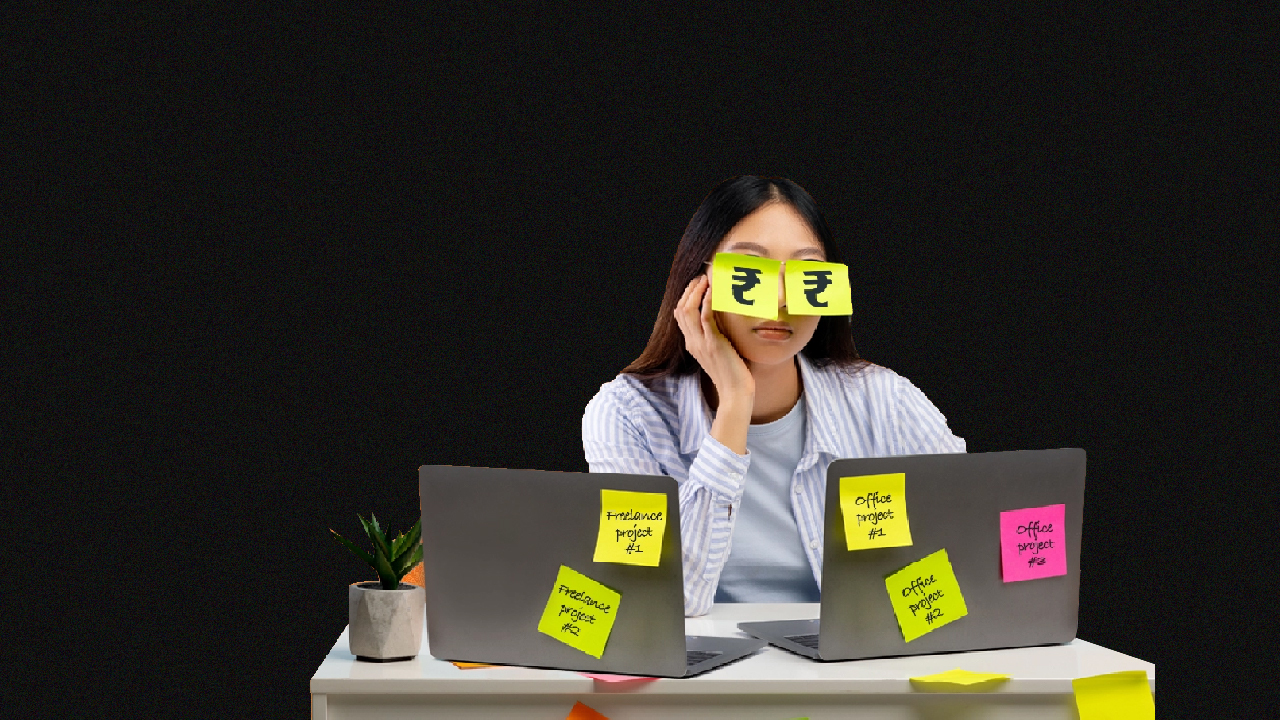 Moonlighting refers to the practice of working a second job outside normal business hours. Therefore, an employee may work a normal 9-to-5 job as a primary source of income but work nights at a different job to earn extra money. This practice of secretly working a second job has become an increasingly controversial topic within the Indian IT sector. With a huge crunch for manpower in the industry, rising attrition rates, and the ability to work from home, the issue of moonlighting has been pushed into the limelight as the world debates whether it is an ethical practice or not.

After concluding their day shifts at their primary employment, employees would choose to work under the “moonlight” ie., at night which is where the term “moonlighting was coined. ”Moonlighting gained public attention, after the famous company Swiggy, permitted staff to work on outside projects for pay or for free subject to specific parameters and constraints in early August, this year.

According to the recently initiated Swiggy’s Moonlighting Policy, their regular employees are free to take on any job or activity that can be completed after hours or on the weekend without affecting their productivity or posing a conflict of interest with the regular job. Additionally, prior clearance is required for any initiatives or tasks that could potentially present a conflict of interest or interfere with an employee’s job duties. To get the project approved by the team, the employee will need to provide a few basic details about their side gigs. This occurs at a time when food tech companies are under fire for making workers work harder than is necessary while paying them less than is fair. The organization believes that working on such initiatives can greatly aid in an individual’s professional and personal growth. Recently, a major fintech, Cred stated that it supports side jobs. It also quoted that its head of design and engineering is part of the Carnatic rock band ‘Agam’.

However, not all firms maintain the same liberal stance regarding Moonlighting, while some look upon it disapprovingly others outright ban it and warn that employees will be terminated instantly if found to be engaging in the practice of moonlighting. IT Company, Wipro, has recently made headlines for terminating the services of almost 300 employees for taking up a second job after working hours. The September incident that caused a stir in the IT industry also raised some important questions on the ethical and legal aspects of this trending corporate culture. When Wipro’s Chairman Rishad Premji termed the practice a case of ‘cheating,’ eyeballs gazed at the IT industry as the ripple effects of this statement were witnessed when the company fired its 300 employees. But this didn’t stop there. What followed was other IT giants like Infosys too joining the heated debate and sending out warnings to its employees stating, “No two-timing, no moonlighting.”

While debates continue on this side hustle, all eyes are now on the question – how did Wipro find out about ‘Moonlighting?’ A Twitter thread which has gone viral recently, setting the internet abuzz with theories as to how Wipro caught its employees red-handed in the process of Moonlighting. A Twitter user, Rajiv Mehta has explained the possible way of finding out about moonlighting. The stock market investor in his viral Twitter thread explains how the ‘humble-looking’ PF account helped discover two or more timing Wipro employees. It reads, “In both networks/ jobs performing exceedingly well – just to avoid suspicion. It was impossible to catch them. Then who caught them? The most innocent looking, unassuming, always in the background – Provident Fund Contribution.”

To date, Wipro has not officially confirmed how it found out about moonlighting. It simply clarified its stand on the same and sacked its employees but never discussed how it discovered the alleged cases. But Twitter is abuzz with theories and conspiracies on how Wipro found out about moonlighting. Following the controversy at Wipro, many other companies have taken a similar stance to the IT giant while others have differing opinions. While some companies have taken strict action against the practice, TCS chief human resources officer Milind Lakkad said the company did not penalize its employees but clarified that under the service contract, employees are prohibited from working in other organizations. CP Gurnani, Chief Executive Officer (CEO) of Tech Mahindra, said moonlighting was fine as long as employees managed to maintain efficiency and productivity. Arundhati Bhattacharya, Chairperson, and CEO of Salesforce India also expressed that hybrid work structures can be used to adapt workers to handle moonlighting.

However, companies like Wipro, Infosys, and IBM have come out strongly against the practice. Notably, Wipro recently laid off 300 employees due to moonlight. Infosys has warned its employees against going out of business if they find they are moonlighting. IBM India and South Asia CEO Sandip Patel said the practice was unethical while others like Zoho are much more lenient. If the employee gets approval from seniors to avoid conflict of interest and complications, he can work outside the company’s working hours. Former Infosys TV CEO Mohandas Pai also said that what an employee does outside working hours should not concern any employer.

Experts say the challenge is complicated — some who choose a side hustle want financial stability in an increasingly uncertain job market, while others seek creative fulfillment. Depending on the contract workers sign with their primary employers, this can prove to be legally problematic. “Pursuing a hobby or even an ambition in your spare time for some extra cash is different from holding down two full-time jobs,” says Rajat Garg, an entrepreneur. He adds that employers should not interfere with what an employee does when they are not at work. “But if you show up to work all tired and out of shape to contribute the way you’re contractually expected to contribute, that becomes my problem,” he says.

While moonlighting is not new in India, technology expert Prasanto Roy says the trend accelerated when people started working remotely during the Covid pandemic because “it gave them the ability to multitask”. There are now several Reddit groups and Discord channels that offer tips and leads for aspiring moonshiners in India. Participants also share links to studies that suggest that side activities can enrich full-time job performance if done correctly. Common side gigs include management, online retail, graphic design, and content writing – allowing people to earn beyond what their “main” job pays them.