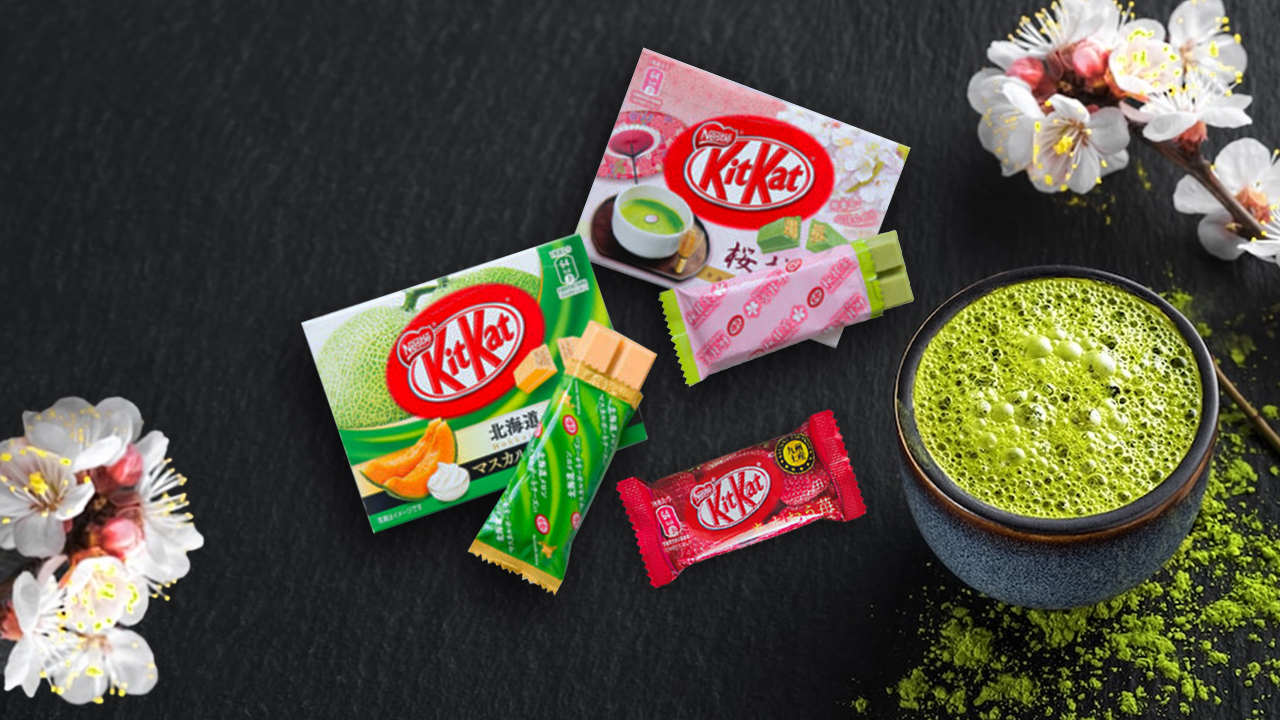 Kit-Kat is one of those infamous candy bars, we’ve always devoured as kids. We’ve either bought it, sneaked it from a friend’s bag, or taken a few more than needed from a bowl – Kit-Kat’s have always been a favourite!

While in India, Kit-Kat’s are synonymous with taking a sweet ‘break’ and ‘Take a break’ is the route taken, that’s not the case in other places. Some places look out for a Kit-Kat for luck, they carry it with them as a lucky charm and not necessarily as a snack. As surprising as that is, it’s also very true.

One of the world’s most populous, culturally rich countries Japan, enjoys Kit-Kat more than just a snack. It’s a family favourite? Nah, it’s a country favourite!

The Kit-Kat bar is undoubtedly a huge hit across the world. We all love the occasional crunch of biting into this bar of chocolate, and most of the time we’re left wanting for more. It is no exaggeration; those true fanatics of Kit-Kat are spread across the world.

A chocolate-covered wafer bar created by Rowntree’s of York, United Kingdom is now sold by Nestle across the world except in the United States where it is under the license of H.B Reese Candy Company, a division of the Hershey Company.

However, all of us have loved the Kit-Kat bar for years as chocolate. Some of us may have also gotten into numerous fights just because we didn’t want to split one into two. But the Japanese do things a little differently. For them, the Kit-Kat bar extends beyond a sweet break and after a hefty appetite of food into a good luck charm.

Yes, you heard me right. More than a simple ‘good luck’ what works with the psyche of the Japanese is a Kit-Kat bar! So the next time you meet a Japanese, you could gift them a Kit-Kar bar as a token of luck.

Before we trace back to the story in works here, Kit-Kat has a history of its own when it comes to Japan. The Kit-Kat bar was introduced in Japan in the year 1973. This was almost 50 years after it was invented in England by British confectioner Rowntree. In the present day, Kit-Kat is owned by Nestle.

Kit-Kat’s biggest consumer base both in terms of sales and profits in Japan. The fact that Kit-Kat introduced a special ‘green tea’ flavor in Japan, which worked tremendously well is one of the contributing factors. Followed by this was a sea of seasonal, limited-edition Flavors that appealed to the taste buds of the Japanese. But these weren’t the only reasons that helped the Kit-Kat bar excel in the country.

Here’s an interesting fact about the Japanese language – the phrase ‘Kitto katsu’ translates to ‘you will surely win’. Looked at more specifically, the word ‘Kitto’ means ‘surely or absolutely and the word ‘katsu’ means ‘bound to win’. In understanding, the phrase is also used to wish people good luck before they take on an important or difficult task.

Now enters the scenario in 1973, the Kit-Kat bar. Pronounced in Japanese, as Kitto Katto the chocolate’s name sounds very much like ‘Kitto katsu’ which as we saw already means ‘you will surely win.’ It is this coincidence that helped spike sales of Kit-Kat in Japan and recognize it as a symbol of good luck. It has also become a major part of Japan’s omiyage or gifting culture.

Let’s look further at how Kit-Kat took advantage of this coincidence in maximizing its sales. In 2005, they came up with their “LUCKY CHARM” campaign which helped them grab the Asian Brand Marketing Effectiveness Award. Moreover in 2009, this was taken a step further when nestle launched a campaign with Japan post for Kit-Kat. They sold special Kit-Kat packages with a space to affix a stamp and write a special message of encouragement to their friends and family. These packages could be mailed from over 200,000 post offices, across Japan.

This campaign saw instant success and the packages were sold out in a month. It also won the Media Grand Prix 2010 Cannes Lions International Advertising Festival. Well, it is no surprise that Kit-Kat now has over 300 Flavors in its most popular destination Japan.
Some popular and unique Flavors include Strawberry Kit Kats, Japanese Green Tea Kit Kats, Cherry Blossom flavoured Kit Kats, and even Sake flavoured Kit Kats.
In interesting research, it has come to light that Kit-Kat is a lucky charm that students carry into their exam halls. It is said that 1 in 3 students get a Kit-Kat before a test, and 1 in 5 students carry one into their examination halls! Isn’t that interesting?

For those unfamiliar, A Kit Kat is composed of three layers of wafer and two layers of flavoured cream filling. While the most common fillings are white chocolate and normal chocolate, there are certain uncommon Flavors across the world. Some lesser-known flavours include custard pudding, strawberry cheesecake, maple, pumpkin pie, witch’s brew, and gingerbread cookie, among many others.

These flavours are targeted mainly to resonate with the market culture and their liking towards these particular tastes. We wonder what kind of flavors would come to India if we were to imbibe our culture into Kit Kat!

But the real question is if you were to visit Japan, would you be more intrigued by the range of exciting Flavors or by the fact that someone might wish you luck using a Kit-Kat bar? And also, the next time you see a Japanese, don’t miss out on saying ‘Kitto katsu’ to them and wish them a victory in their endeavours.