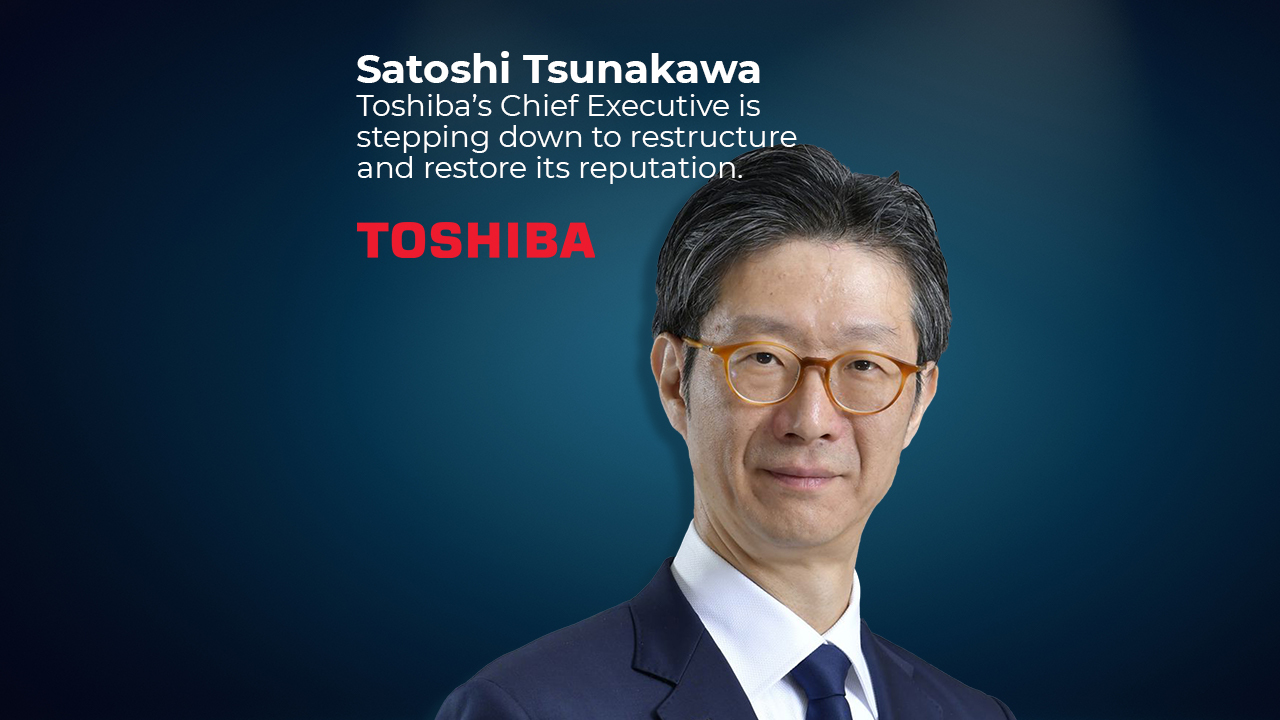 The Japanese technology giant Toshiba is undergoing some major restructuring to restore its reputation in the market. Amid the ongoing process, Satoshi Tsunakawa has called it quits. According to the board meeting on Tuesday last, Taro Shimada, an executive officer and corporate senior vice president will replace the former Chief Executive of Toshiba.

Taro Shimada has worked as an executive at Siemens in Japan and the U.S. Post his stint; he joined the Toshiba group in 2018, handling the company’s digital operations.

The tech giant is going through a rough patch that has drawn criticism from its shareholders. To revive its reputation, the company has planned to split into two, focusing on infrastructure and the other focusing entirely on devices. This came to post the company scrapped its proposal for a split in three, as the shareholders, including foreign funds, did not entertain it.

With Satoshi bidding adieu, Shimada has to face a challenge to lead the company’s restructuring and make it successful.

Shimada has stated that he is proud to be one of the first CEOs with a history in digital technology operations. He further hopes that his background will serve as an asset to the company’s energy business. “I have been at Toshiba for only three years, but I love Toshiba,” he added.

Shimada has the responsibility to satisfy the shareholders, and he is sure to win them over by communicating as equals, a principle he has learned in the years he spent working in the U.S. He referred to the expression “put yourself in someone else’s shoes,” to justify his part.

However, the restructuring proposal is subjected to approval from the shareholders and the regulators. A shareholders meeting has also been scheduled for 24th March, which will most probably witness the votes.

Regarding the new additions in the company, Toshiba stated that it was bound to happen sooner or later. At the same time, it is still unclear if this will help the company win over shareholders.

Post his resignation as the CEO, Tsunakawa stated that he has handed over the baton of leadership to the next generation, thus accomplishing his mission. He hopes that the restructuring will go well with the company’s shareholders and customers.

“I am confident I was able to hand over the leadership toward Toshiba’s evolution into the future,” he was quoted in an online news conference.

He stressed the fact that the company needs an internal assessment resulting in a few changes for the betterment, as this might be the last chance for Toshiba to fix the situation and revive its reputation as a technology company.

One of the most revered brands of Japan, Toshiba has been struggling hard to revive since March 2011, after the Fukushima nuclear disaster took place. The tsunami melted three reactors that resulted in radiation spewing over an area that’s still partly a no-go zone.

The accountant scandal of books being doctored for years was another iceberg that further drowned the company’s reputation.