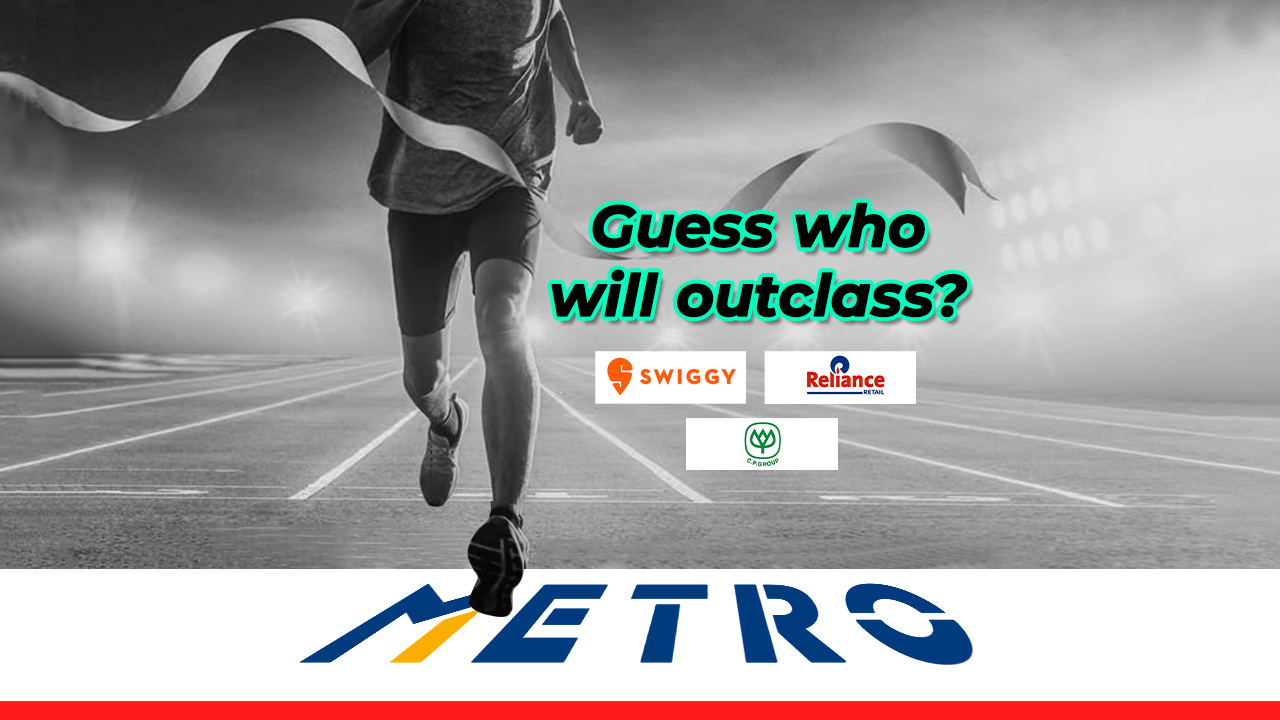 Foodtech Giant Swiggy has been in news recently for its possible contendership to acquire loss-ridden German retailer Metro business in order to accelerate quick commerce growth. Along with the food and grocery delivery platform, Reliance Retail, the retail arm of Mukesh Ambani-controlled Reliance Industries, and Thailand’s conglomerate Charoen Pokphand(CP) group are also the frontrunners to buy a stake in the Gurugram-headquartered Metro Cash & Carry, at present.

An associate was quoted telling ET that, “Swiggy has evinced interest in the acquisition, and a potential deal will enable Metro Cash & Carry’s wholesale stores to feed Swiggy’s Instamart delivery model,” Currently, Swiggy uses Instamart to manage its express grocery delivery service and would like to accelerate its growth in the coming months. “The idea is to create a hub-and-spoke model where Metro stores will supply to Instamart stores, which could be delivery-only or even stores where consumers can walk in.”

Backed by the Softbank Group in Japan, Swiggy is looking forward to further expanding its bandwidth in e-commerce, and is keen on seeking options for the same. The launch of Minis cleared the air regarding the same. Being the contender for the Indian operations for the German retailer will help the startup to strengthen its position in the online retail space and can enhance its credibility to compete with the established companies such as Walmart-owned Flipkart, Amazon and D-mart.

Not just this, but the Metro’s retail outlets and deep links with FMCG players will also provide the much needed edge to the food tech giant to gain results to take on rivals. “Consolidation is the quickest way to get scale in the quick commerce segment despite challenges such as low margins and high delivery costs, and Swiggy is keen on the potential deal,” Financial Daily reportedly quoted a person with knowledge of the matter stating the same.

However, the fact that Swiggy has to face tough competition in the retail space to get hold of the market cannot be ignored. Startups like Dunzo and BigBasket have grabbed a lot of attention in the last few months, more so because of the backing of large corporates like Reliance Retail who bought a 25.8 per cent stake earlier this year in quick commerce startup Dunzo for $200 million (around Rs 1,488 crore). Looks like reliance is also eager to expand its presence in the online grocery delivery business. Tata Group also invested a large chunk of money, a controlling stake in BigBasket last year, and has already entered the quick commerce space with BBNow. Not to forget, the recent buzz created by Blinkit, earlier known as Grofers, which also raised $100 million from Zomato earlier this year is among the frontrunners in the business.

With 31 stores, Metro Cash & Carry has approached more than 10 companies to acquire its India operations for an estimated $1. 5 billion to $1. 7 billion.

Samsung To Stop Selling Phones Below Rs. 15000 By The End Of This Year