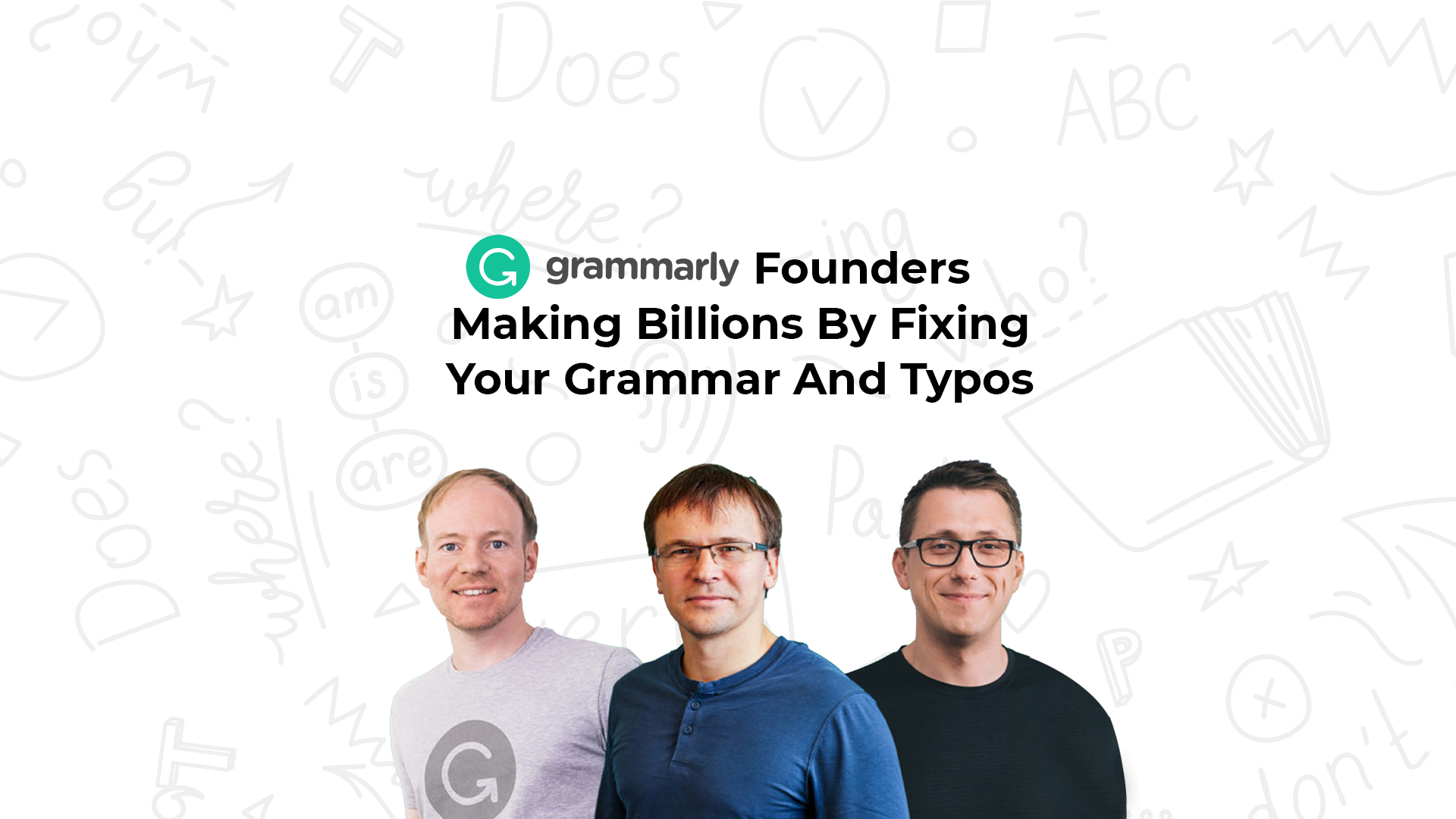 We all know how Grammarly has become a part of our daily lives. Whether we are stuck writing an official mail or a general phrase, it takes us no time to check it once on Grammarly to avoid any possibilities of grammatical errors or plagiarism.

Well, this was the aim of the Chief Executive Officer of Grammarly, Brad Hoover, who wants everyone to write better English — error-free, no plagiarism, and, of course, with proper grammar.

A former venture capitalist, Hoover, 43, started Grammarly back in 2009 along with two of his fellow Ukrainian friends. Based out of San Francisco, Grammarly is now equipped with more than 600 employees and analyses 14 trillion words a year with more than half a million applications. With over 30 million daily active users across the globe, Grammarly has made two of its founders, Max Lytvyn, Alex Shevchenko and Dmytro Lider, billionaires with a whopping worth of at least $2.4 billion each.

Shevchenko and Lytvyn studied business administration at the International Christian University of Kyiv in the late 1990s, where they became friends. Soon after, they moved to the US and Canada to pursue masters’ degrees in that field; they had created a company before that prevented plagiarism. Grammarly, they followed the idea a little further. Hoover joined the tech duo in 2011 and has been a part of Grammarly for more than a decade now.

“We’re proud to represent Ukraine on the world stage,” Shevchenko said in an email.

“We founded Grammarly to use technology to help people communicate what they mean, a mission born from our own experiences as non-native English speakers,” Shevchenko said. “Our roots gave us a unique perspective on the complexity and power of language in helping people reach their goals.”

The breakthrough for the company was in the year 2014 when it came up with a free plan. The plan had basic features and the option to pay for advanced ones. Free browser extensions followed a year after that helped Grammarly gain fair recognition. Building a loyal base of customers took time, but all the wait was worth it as it has about 30,000 teams at big-name companies, including Expedia Group and Cisco Systems.

“We saw our business accelerate with the move to remote work,” Hoover said. “In the past, people were left to their own devices to figure out how to communicate well. We’re now at a unique point in time to use software to enable people to communicate.”

He also added that Grammarly has plenty of scopes ahead to expand as most English speakers worldwide are located in regions where it’s not the main language.

Grammarly became one of the world’s biggest unicorns after raising $200 million in November from investors, including BlackRock and Baillie Gifford, with a company’s total valuation at $13 billion.