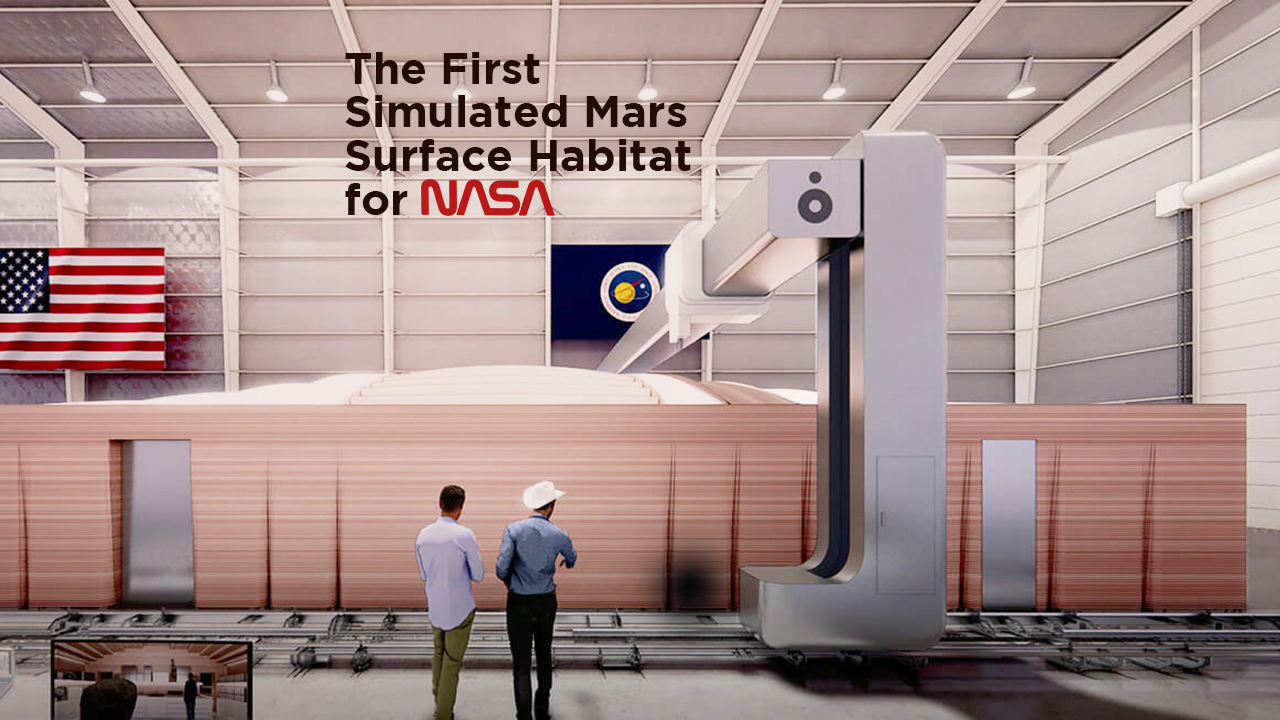 For science missions of NASA, a renowned architectural firm BIG-Bjarke Ingels Group have designed the simulated Mars surface habitat. ICON has built a 3D print of this design and has made it come alive for the mission of studying lifestyle on Mars.

The ICON is a PLC company that helps build software and web development programs for pharmaceutical-based companies and companies that work to change and save the lives of the people. The company works to advance technological aspects of different industries, to make the quality of life better for the people. Moreover, the companies and sectors that it partners with deriving support to save time in marketing make cost-effective business management and deliver quality products for their customers.

In August 2021, ICON announced its subcontract with NASA’s new Crew Health and Performance and Performance Exploration Analog project. The 3D print of this new project of NASA by ICON would be called the Mars Dune Alpha at Johnson Space Center of NASA.

The design will be constructed by the world-renowned Construction team of BIG-Bjarke Ingels Group with the help of ICON’s next-gen Vulcan Construction System. The entire 3D print will be of 1700 square foot structure. This project, once completed, will help support long-duration exploration-class space missions.

The sequential three times within a single year missions would be conducted in this Simulation at the Johnson Space Center. One of the main objectives of the task is to assess and derive insights into the food systems followed in space along with health and performance in both behavioral and physical aspects during future missions. This assessment and understanding will work as a study or research for the health and welfare of the astronauts who will visit space. Specifically the red planet Mars for future missions. These missions would need the astronauts to spend an extended period there, which would involve different precautions for their physical and behavioral health.

According to the CEO and co-founder of ICON Jason Ballard, Mars Dune Alpha is the highest-fidelity Simulated Design to conduct the research. As stated above, the objective of this project is to help support the mission of making life possible on other planets and bring revolution in the world of humanity. Additionally, as per his statement, this 3D printing is one of the essential toolkits which will serve the purpose of making life possible not only on Mars but also on the Moon. The Mars Dune Alpha will give a realistic experience of living on Mars to future astronauts.

There are four different private crew quarters at one end of the location and a different location opposite for dedicated workstations. Food growing stations and work-stations would be provided as well. The furniture present at the location would be both fixed and movable simultaneously so that it can be flexibly shaped According to the needs of the crew members, along with adjustable temperature and lighting facilities.

According to Bjarke Ingels, founder and Creative Director of Bjarke Ingela Groups, the Simulation would help look into and learn what having a home on a different planet would look like.

ABG Shipyard and its directors booked for their Rs 22k crores scam by CBI for the biggest bank fraud in India.