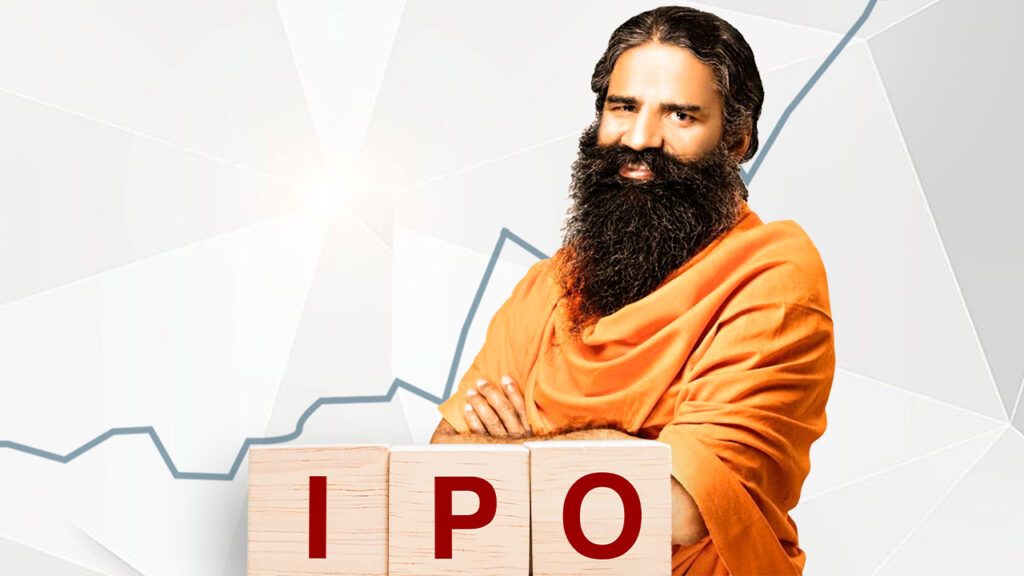 Swami Ramdev, widely known as Baba Ramdev, a yoga guru, and entrepreneur who serves as the Patanjali Ayurved brand ambassador on Friday in New Delhi revealed that Patanjali Ayurved would launch four initial public offerings (IPO’s) in the market.

Ramdev said that the IPO’s of Patanjali Ayurved, Patanjali Wellness, Patanjali Medicine, and Patanjali Lifestyle will be floated during a press conference. While making these announcements the Yoga Guru also stated that the Patanjali group’s current turnover is ₹40,000 crore and the group is targeting to raise to ₹1 lakh crore in the next 5 years. Additionally, in five years, he wants to increase the group’s market capitalization from Rs 50,000 crore to Rs 5 lakh crore.

The Yoga Guru also gave a hint as to which Patanjali IPO might occur first when he stated that the company plans to open 1,000 IPD and OPD Patanjali Wellness centers soon, intending to increase that number to 1 lakh in the next ten years. He declared that these 1 lakh Patanjali Wellness centers would be established both in India and overseas to replace allopathy in India with the ancient Indian medical treatment and therapy system.

During the press conference, Ramdev claimed a conspiracy has been made to discredit Patanjali Ayurved. Despite lies and a nasty campaign launched against him, he alleged, people are still unwilling to accept that Patanjali could have done anything wrong.

Baba Ramdev said about Patanjali Foods Limited, “Patanjali Foods will be India’s largest company in oil palm plantation. Once planted, the oil palm tree gives return for the next forty years. From this, the target is to earn annual returns of about ₹2,000 crores in the next five to seven years.” He said that it would enable India to save around ₹3 lakh crore that it pays on edible oil imports annually.

Following the announcement, shares of Patanjali Foods—previously known as Ruchi Soya NSE -1.01%—were trading 0.6% higher at Rs 1,351 at 1 pm. Patanjali Foods was later rebranded after being acquired by Baba Ramdev-led Patanjali Ayurved. The stock has increased by almost 60% so far this year.

The stock recently saw Antique Stock Broking initiating coverage with a target price of Rs 1,725 which hardly has any analyst coverage.

Ramdev claimed that Patanjali Foods is well on its way to becoming a diversified FMCG and FMHG-focused company with well-known brands (Ruchi, Nutrela, and Patanjali) throughout the value chain. He also asserted that the company will outperform competitors through portfolio diversification and gain from PAL’s strong distribution network.