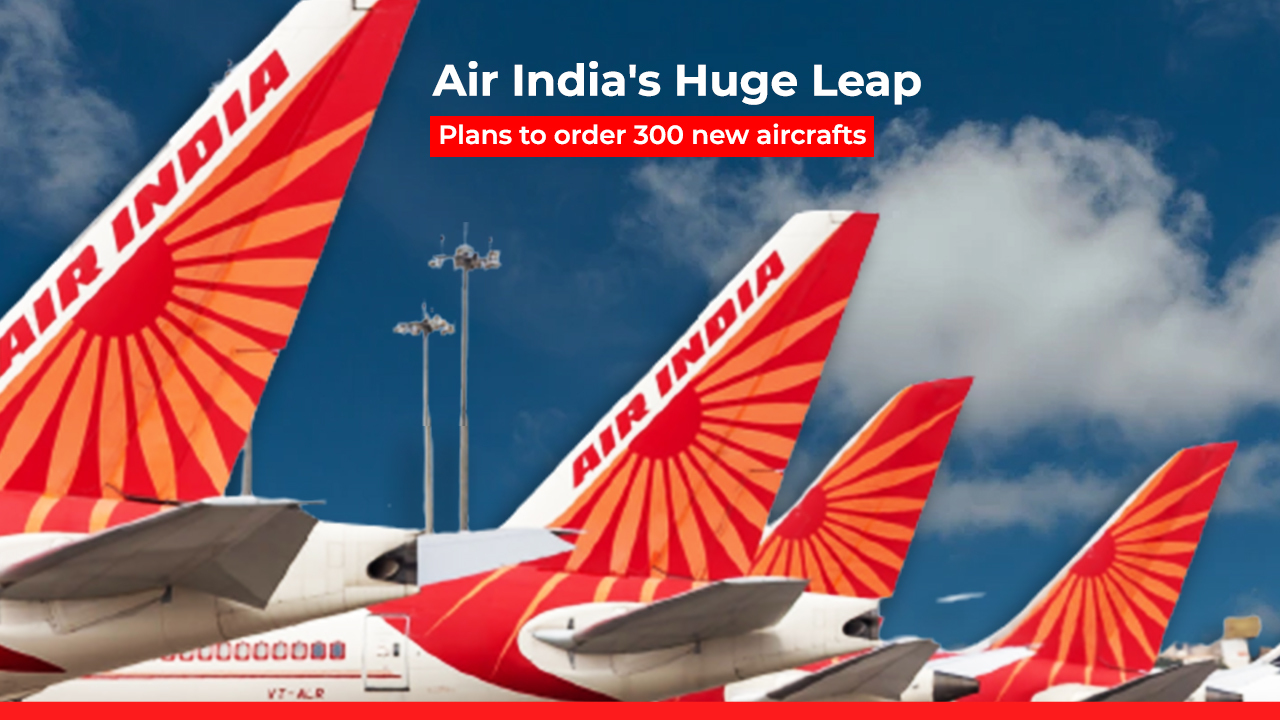 According to sources familiar with the matter, Air India Ltd. is considering placing one of the largest orders in commercial aviation history for up to 300 narrowbody planes as the once state-run airline prepares to modernize its fleet under new ownership.

According to the people, who requested anonymity because the talks are private, the carrier may acquire aircraft from either Airbus SE’s A320neo family or Boeing Co. ‘s 737 Max models, or a combination of both. Even though discounts are typical in such large orders, a deal for 300 737 Max-10 planes may cost $40.5 billion at list pricing.

It would be a victory for Boeing to land a narrowbody order in India, where rival Airbus rules the skies and was, prior to the Covid epidemic, the world’s fastest-growing aviation market. With more than 700 orders for the best-selling narrowbodies from the European manufacturer, IndiGo, a subsidiary of InterGlobe Aviation Ltd., is the greatest buyer in the world. Other airlines that operate aircraft from the same family include Vistara, Go Airlines India Ltd., and AirAsia India Ltd.

300 aircrafts’ production will certainly require years or possibly more than ten years to produce and deliver. With plans to raise production to 65 by the middle of 2023 and 75 by 2025, Airbus now produces 50 narrowbody aircraft each month.

Representatives from Boeing and Air India declined to respond. According to an Airbus official, the company is always in communication with both current and potential clients, but all discussions are private.

According to Satyendra Pandey, managing partner of aviation advice business AT-TV, “this order probably entails new methods of finance to play out in the correct manner, including factoring in macroeconomic dynamics — particularly the fluctuating rupee and growing inflation. Numerous orders have been placed by airlines, but they later discover they can’t secure finance in favorable circumstances. Even though it is not a result that one anticipates, especially not with a family like the Tatas, it must be planned for.”

According to a recent Bloomberg News article, Tata Group, the company that owns Air India, is also close to placing an order for Airbus A350 long-range aircraft, which can fly as far as the US West Coast from New Delhi. Although the airline still has lucrative landing slots at most major airports, it is now competing with foreign airlines that fly nonstop to India as well as airlines that fly via hubs in the Middle East. The airline was once known for its premium services and advertisements starring Bollywood stars.

In the most publicized privatization under Prime Minister Narendra Modi, Tata acquired the airline earlier this year. It is anticipated that its aviation operations, comprising four airline brands, will be consolidated. It might reduce expenses and more effectively compete with rivals who offer extremely low tickets if it placed an order for new aircraft, particularly with favorable conditions on long-term maintenance.