Shanaya Kapoor: The Next Launch By Dharma Productions.

Will Brahmastra Part One: Shiva help multiplexes like PVR and Inox survive in a season of flops? 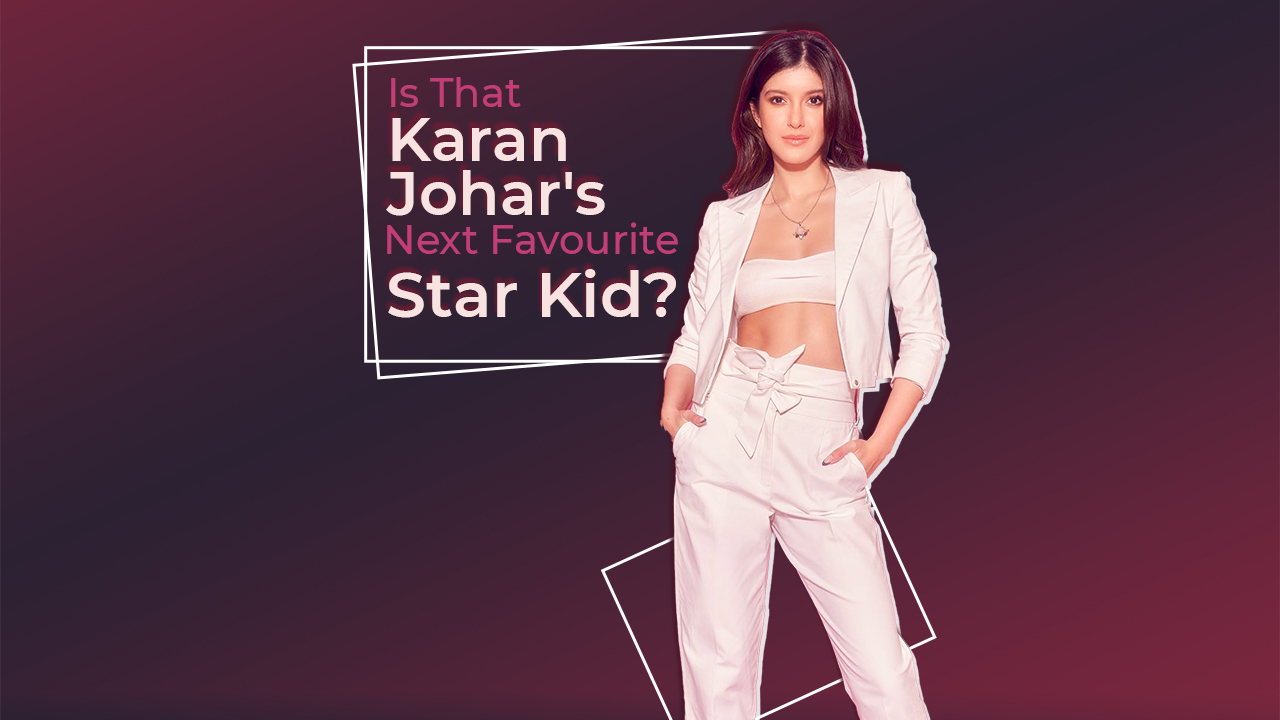 Shanaya Kapoor, who is yet to hit the silver screens with her debut, has already become a popular name on social media. With a massive fan following of 1.2 M, the diva enjoys much admiration with plenty of fan clubs dedicated to her.

Her recent buy of a swanky new Audi Q7 made many headlines. Costing a whopping amount of Rs. 80 Lakh, the newcomer made a buzz in the showbiz industry before officially entering the film world.

The newest Kapoor in town is Anil Kapoor’s Niece and Sonam Kapoor-Arjun Kapoor’s Cousin. The daughter of Anil Kapoor’s younger brother Sanjay Kapoor, Shanaya was never left out of the spotlight. Being cousins to Janhvi and Khushi Kapoor, Boney Kapoor’s daughters, she was always in the limelight playing hit and miss with the paparazzi.

The diva recently made her debut on the runways in Lakme Fashion Week. Accompanied by Siddharth Chaturvedi, Shanaya looked gorgeous in the dress designed by ace designer Manish Malhotra.

Best friends with the daughter of King Khan, Suhana Khan, and the daughter of Chunky Pandey, Ananya Pandey, Shanaya Kapoor, are seen hanging out with her girls quite often.

For the unversed, Shanaya made her debut in Bollywood as an assistant director in the Netflix’ Gunjan Saxena: The Kargil Girl, which starred her cousin Janhvi Kapoor. The Starkid made headlines with her awestruck debut at the prestigious Le Bal in Paris in 2019.

Shanaya is entirely dedicated to making it big in Bollywood. During her stint as an assistant director, she has tried to learn the nuances behind the camera that might help her when she faces the camera. Shanaya is also into professionally trained belly dancing, as one can see in her videos on her Instagram profile.

Filmmaker Karan Johar has also announced the Big Bollywood Debut of Shanaya under his Dharma Productions. The movie has been titled Bedhadak, featuring debutants Lakshay and Gurfateh Pirzada as the male leads. Johar’s long-time collaborator Shashank Khaitan will be donning the hat as the writer and director for the film.

The tweet read, “The Dharma family continues to grow! Watch Shanaya enchant her way into your hearts with #Bedhadak – directed by Shashank Khaitan.”

Johar’s banner Dharma Production has launched newcomers in the past as well. Varun Dhawan, Alia Bhatt, Sidharth Malhotra, Janhvi Kapoor, and Ananya Panday, all these star kids, have made their debut under Karan Johar.

Another tweet by Dharma Productions also introduced Lalwani, who will be seen in Johar’s other home production film, “Dostana 2”.

“He’s charming, he’s dashing & he’s on his way to rock your world! Meet Karan aka Lakshya,” the tweet read.

The other male lead, Pirzada, has made his debut in the Netflix original film “Guilty,” which came out in the year 2020. Dharma Productions also backed the movie.

The banner showed its immense support towards the budding talent and subsequently tweeted praises for the new lad in town, “His brooding vibe will make hearts skip a beat. Meet Angad aka Gurfateh in #Bedhadak,” the tweet read while announcing the casting.