Kaleidoscope- A truly genius feat of writing and storytelling

Guess Who Delivered Your TOI At Your Home? 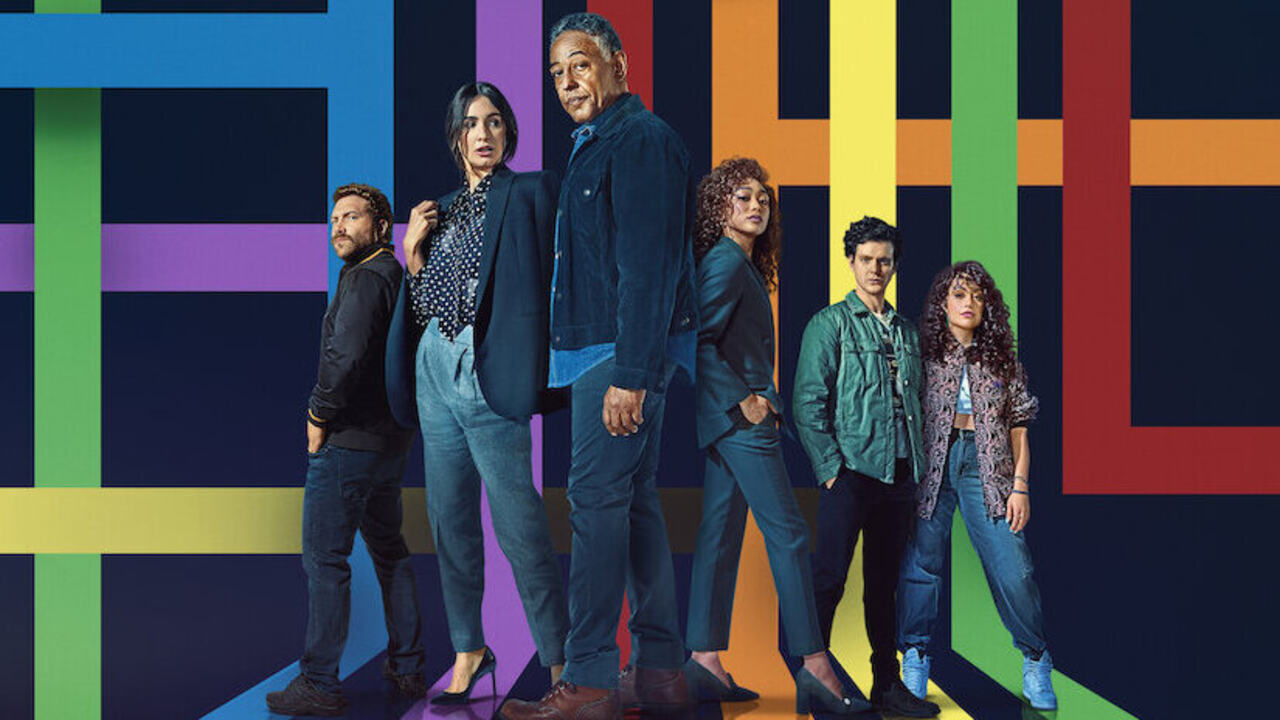 Ever since Netflix released a new series titled “Kaleidoscope”, it has been trending thanks to its exciting storytelling. With its unusual non-linear watching experience, the Netflix show has managed to capture viewers’ interest. You can watch any episode in any sequence you like without missing any of the “high points” of the plot. The order in which you watch the episodes will be related to the ending. It certainly represents an interesting and distinct approach to presenting a crime action-thriller.

Kaleidoscope includes eight episodes, all of which have been released on the same day. The storyline does not follow a strict chronological order in any of the episodes. This is consistent with the series’ main characteristic, which is to make it participatory in some way. The plot centres around an ex-con who escapes from prison to organise a large robbery that will not only secure his and his crew’s future but will also allow him to seek revenge after years of silence.

The Genius Storytelling: The Non-linear Style

Eric Garcia’s novel Kaleidoscope is a one-of-a-kind heist story. The series is divided into eight episodes. Every Netflix account user sees the first seven episodes in a random order. The final episode is titled “White,” and it is recommended that you watch it toward the end for the optimum experience. This episode will give you a rundown of the entire robbery.

Each episode has a title that is coupled with a colour that is clearly related to the major element of that episode. The story spans a long period, ranging from twenty-five years before the crime to six months thereafter. Viewers can view any episode in whatever sequence they like.

Kaleidoscope’s plot is partially based on the events around Hurricane Sandy, when $70 billion in bonds went missing from downtown Manhattan. The crime drama series fictionalises that incident and seeks to tell the story of the biggest heist ever attempted, with a focus on retribution and sophisticated plans, with the crew’s allegiance called into question.

Leo Pap, the architect of the heist and a highly cunning criminal, takes centrestage in the plot, with a huge scheme to loot Manhattan. As the city deals with a natural disaster, the masterful robbers have only one plan: break into the city’s most protected vault, which contains a large quantity of cash. What’s the catch? The vault appears to be indestructible and the most difficult to enter, and it is also guarded by the world’s most formidable security squad. But he is being pursued by a persistent FBI agent, Nazan, who will not stop until she discovers the money and arrests the entire gang of thieves.

Overall, the premise of Kaleidoscope is like that of most classic heist stories, and it will most likely remind you of the very popular Netflix series, Money Heist. However, the non-linear narrative in this series distinguishes it from other stories in the genre, making it more engaging. This new Netflix original sounds like something criminal thriller and heist drama lovers would like.

Kaleidoscope contains all the elements of a spectacular heist thriller, including suspense, treachery, love, and brotherhood. Unlike his regular characters, Giancarlo Esposito, who you may also recognise from Breaking Bad, Better Call Saul, or The Boys, portrays a good person with a heart-breaking narrative. The series follows him because he is the central character. However, each character has their day in the spotlight.

It also makes women everywhere proud to see Niousha Noor, Paz Vega, Tati Gabrielle, and Rosaline Elbay play powerful women, each with their own unique set of strengths and imperfections. Niousha Noor, who plays Nazan Abbasi, offers a unique perspective on Muslim women growing up in the United States. Paz Vega’s tough yet loving personality, which most women share, warms all our hearts. Tati Gabrielle brings several stories to life and emerges as the most amazing character in them, while Rosaline Elbay, with her gorgeous beauty and outstanding brilliance, has our hearts and our support on her side.

Despite its nearly flawless narration, the non-linear structure disrupts the flow of learning the story. Most bingeing and movie-watching sessions are effortless. Stopping to find the proper order makes you wish the story was linear at times, but if you desire that experience, you’ll like it.

When you go to watch the show, you are assigned a completely random episode order (save for the first and last episodes), which means you see the series in a different sequence than someone else, with each episode focusing on a different character’s viewpoint. If you want to watch the seven episodes in order, you can do so by following our suggestions:

However, if you prefer to follow a different pattern than the Kaleidoscope developers propose, you can do it in the chronological sequence

Or you can proceed with the rainbow order of:

Kaleidoscope is a thriller of epic dimensions, telling the narrative of a botched heist. The account is about facing failure and coming to terms with it. The message you absorb from the show is determined by the order in which you watch it. But, as we’ve seen with every other robbery, it invariably comes apart in the end. What happens after it falls apart determines the eventual result.