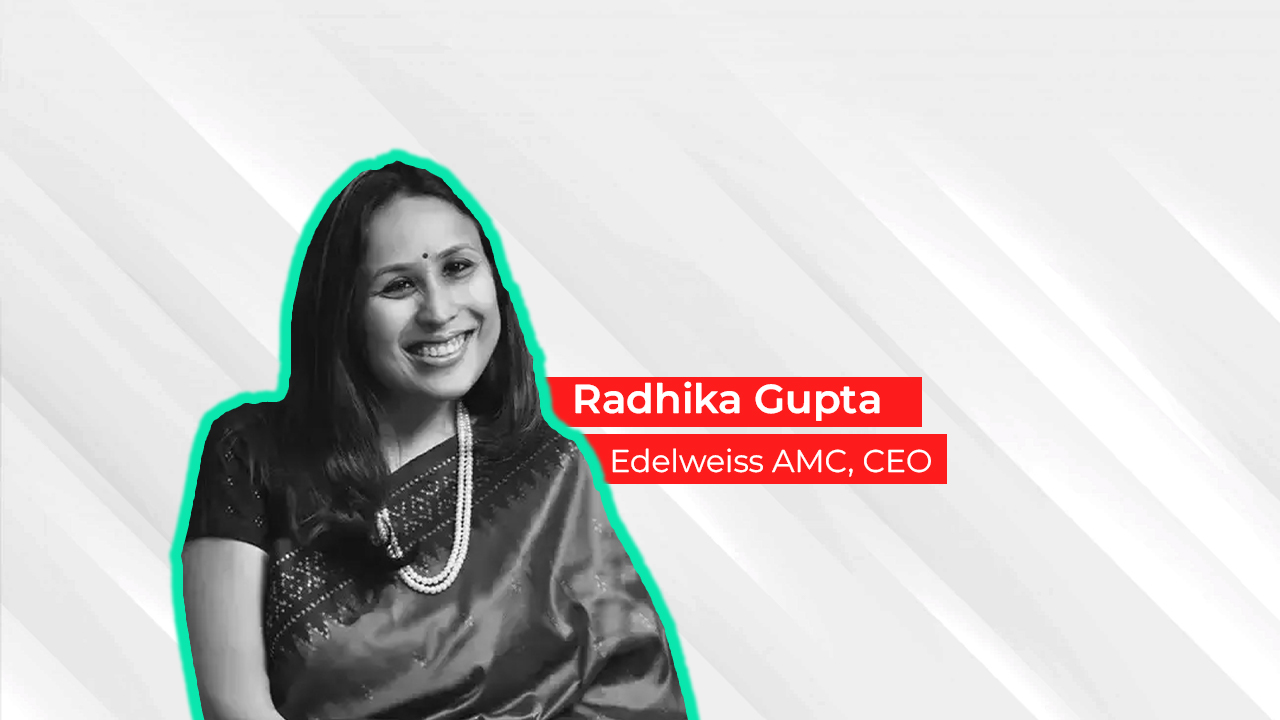 It has been rightly said by Roy T Bennett that “ Believe in your infinite potential. Your only limitations are those you set on yourself“. The living example of this is Radhika Gupta the youngest CEO of India who was always struck by the storms of challenges and bullies since her young age. Today, Radhika Gupta is the CEO of Edelweiss Asset Management Limited or Edelweiss MF. The story behind this youngest CEO of India has been more than what it seems like as she has confessed to the Journalists of Humans of Bombay about the real struggle she has gone through since a very young age.

As confessed by Radhika she while in Nigeria she was bullied by her classmates for being identical to her mother and was given a nickname of ‘Apu’, a character from the famous Sitcom called Simpsons. The struggle of this inspiring girl from India did not end till here but continued even when she moved forward with her professional life. Mental torture is something that is not expected to be handled all the people. Radhika the youngest CEO of the India, also confessed that due to constant bullying she was a victim of suicidal thoughts when she was just 22. She was constantly tortured and frowned upon for her Indian accent by her Nigerian friends, that seemed to take a toll on her mental stability.
Moreover, during the same age she was rejected for the seventh time for a job that impacted negatively on her mental stability and confidence level. She grew more insecure and was encouraged to look down on suicide as the only solution. Radhika confessed that after her seventh rejection for the job, she looked down from the window of her dorm room and had thought about jumping from it. After her consultation with different psychiatrists, Radhika was diagnosed as depressed and was admitted within a psychiatric ward.
However, the only thing that fueled Radhika throughout her journey of relentless struggle was the ability to fight for what she actually thought she could do. She established the Asset Management Limited by her own potential however it was taken over by the Edelweiss MF. Throughout her journey the only person who recognizes Radhika Gupta’s true potential to become a CEO was her husband. He encouraged Radhika to take a step ahead as a CEO of her own established business.

The statement that changed her life forever was “I’d like to be considered for CEO. What I lack in experience, I make up for in passion.” At the age of 33 she pulled the last gear and pushed herself to talk to her boss and asked to be the CEO of Edelweiss Asset Management Limited. Since this historical step of her life, she has always been looked upon for inspiration by the entire country as she was invited to speak in different events to share her story behind becoming the CEO. This event had built up her level of confidence and helped fight her insecurities about the past experiences and the mental scenarios she has been through. All the events summed up together had encouraged Radhika Gupta to write the book called Limitless: The Power of Unlocking Your True Potential. This book has inspired a lot of young generations of India and has encouraged them to never hide behind their insecurities and judgements thrown upon by other people.