Tata Sky Gets Renamed 15 Years After Its Initial Launch 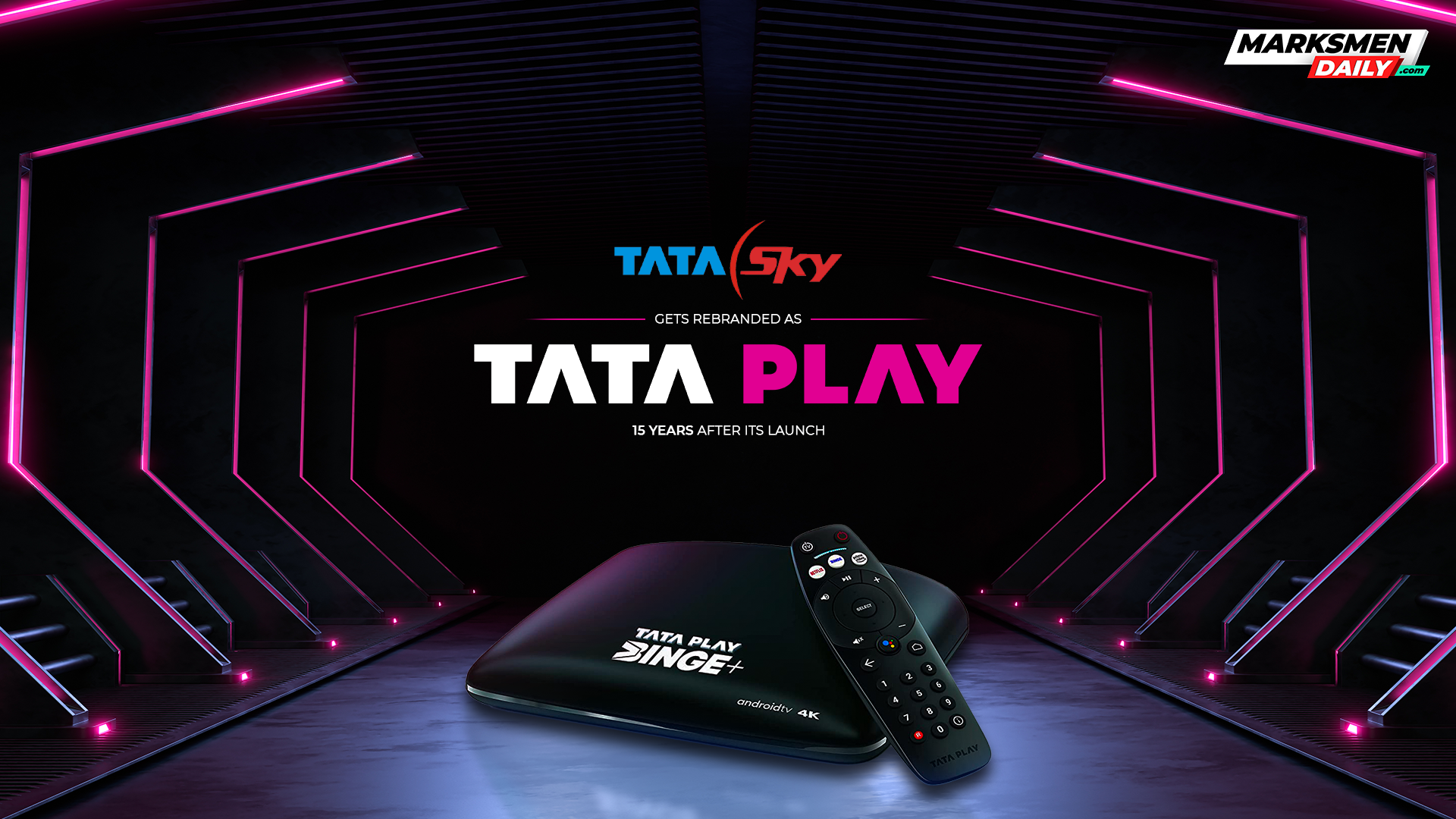 Tata Play, the new name adopted by the DTH and Play TV platform, Tata Sky, has decided to expand its business more than as a Direct To Home Service provider. The company has taken the purpose of making the lives of viewers’ jingalala by providing uninterrupted services through Broadcast channels and the OTT app.

According to the Marketing Director and CEO, Harit Nagpal, Tata Play is ready to take the lead by providing uninterrupted entertainment through OTT and broadcast channels. He also confirmed that this step would create a huge brand identity in the market by the Tata Play Company. Additionally, he also thanked the Tata sons and the Walt Disney Company, who are the pillar of support behind this initiative and throughout the journey of Tata Play. Because of this support and backup, Tata Play reached 23 million households and stood as the strongest player in the market.

He also added that this step of revising the company’s identity would be not just about regulating the company but a step forward to make entertainment accessible to the viewers. Because of the better distribution, the masses would be able to access the different channels. Harsit also acknowledged that they would keep expanding their reach and distribution of the TV viewing universe. The Broadband service has been named Tata Play Fiber because of the 100 percent fiber network with a high-speed internet connection.

Another remark made by him highlighted that the mainstream entertainment provided by the OTT had led them to provide an aggregator app of Tata Sky Binge. This app provides flexible services to a single user from 13 partner apps with a single subscription. They further made the entertainment more accessible and consumer-friendly by offering a special package for Tata Sky Binge, which provides the best broadcast channels and OTT apps in a single pack of subscriptions. Isn’t it amazing? Tata Sky is not just about expanding its business but looking after the entertainment of all the consumers. It has also welcomed Netflix to its OTT app and allows free streaming to check the availability of services.

Witnessing the comment about “Making life Jingalala,” Harsit remarked on the Partnership with Puri, who is the Chief Commercial and Content Officer, that making Netflix available in the OTT app would allow them to choose among different other TV channels and apps along with the trending app Netflix. For accessing all the entertainment platforms, they have to pay through a single payment bill. According to Tata Play, the purpose of their business is to provide seamless entertainment, make it easily accessible on a single platform and enhance the viewer’s experience of entertainment.

According to Tony Zameczkowski, Vice President for Business Development in APAC at Netflix said, “Our partnership with Tata Play will make it easier for customers to subscribe to Netflix and enjoy high-quality video streaming around India. We look forward to entertaining more Indian entertainment fans with a wide variety of high-quality Netflix shows – from series like Money Heist, Squid Game, and Stranger Things, documentaries, stand-ups, kids content, movies like Don’t Look Up and Red Notice to local content like Dhamaka, Minnal Murali and Aranyak through the Netflix Combos.”

The Tata Play brand mark has been inspired by the brand mark of “Tata,” which was acknowledged by Anurag Kumar, the Chief Communication Officer of the company. Using the name of “Tata” to expand the company’s services would build a bond of trust and; loyalty towards the consumers all across the nation for providing valuable service. With all said and done, Tata Play has pledged to provide entertainment that is easily accessible, flexible, and personalized without any interruption. The creation and the campaign design have been supported by venture three and Ogilvy India. With such high expectations from the consumers, the Tata Play is ready to reach all the touchpoints of the country.