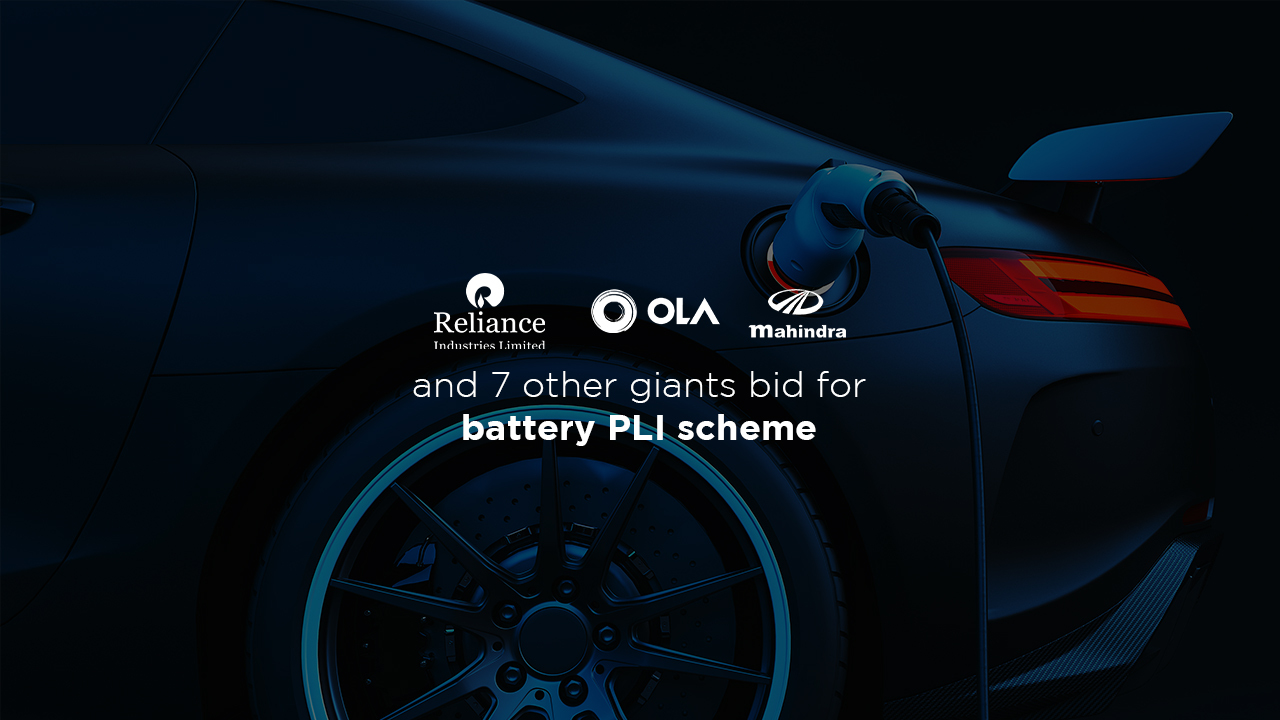 When was the scheme authorized?

In May, the Ministry of Heavy Industries authorized the scheme to achieve a local cell manufacturing capacity of 50GWh of ACC in India. The application window was open between October 22, 2021, and midnight on January 14, 2022. The industry has responded in force, with ten bids totaling 130GWh, more than twice the required capacity.

Which companies have applied for the ACC PLI scheme?

What would the winning company do?

The winning candidates will be requested to put money in and build a local cell manufacturing capacity in under two years to become eligible for the government’s incentive payments over a five-year timeframe. On the other hand, the beneficiary company will be able to choose the appropriate advanced cell technology, plant and equipment, raw materials, and other intermediate inputs for the facility’s construction.

The goal of the ACC PLI scheme

The ACC PLI scheme wants to inspire the sector to enhance fresh investments in the native supply chain, ensuring intense localization for battery manufacturing in India, given the surge in purchases of electric vehicles in India – all over vehicle categories.

It also aims to boost requirements for both electric vehicles and stationary storage and garner foreign direct investment. Cutting India’s crude oil import bill is one of the pursued economic advantages. The scheme is hoped to enable India’s electric vehicle (EV) supply chain to become more localized. Although batteries are a critical component of electric vehicles, all automobiles sold in India currently rely entirely on imported cells, primarily from China.

According to an executive at most of these companies, the scheme was largely ignored by the world’s largest lithium-ion cell manufacturers, including Samsung, LG, Panasonic, and leading Chinese players. The companies concentrate their efforts in Europe and the United States, where automakers have more price advantage and thus a greater return on investment.

The ACC PLI scheme (Rs 18,100 crore), together with the already-launched PLI scheme for the automotive industry (Rs 25,938 crore) and the Faster Adaption of Manufacturing of Electric Vehicles (FAME) (Rs 10,000 crore), will allow India to transition from a conventional fossil fuel-based automobile transport network to an ecologically fresher, sustainable, sophisticated, and more effective EV-based system, according to the minister of state.

The Achievement Of India In Terms Of Technology, Science, Market Size Post-Covid