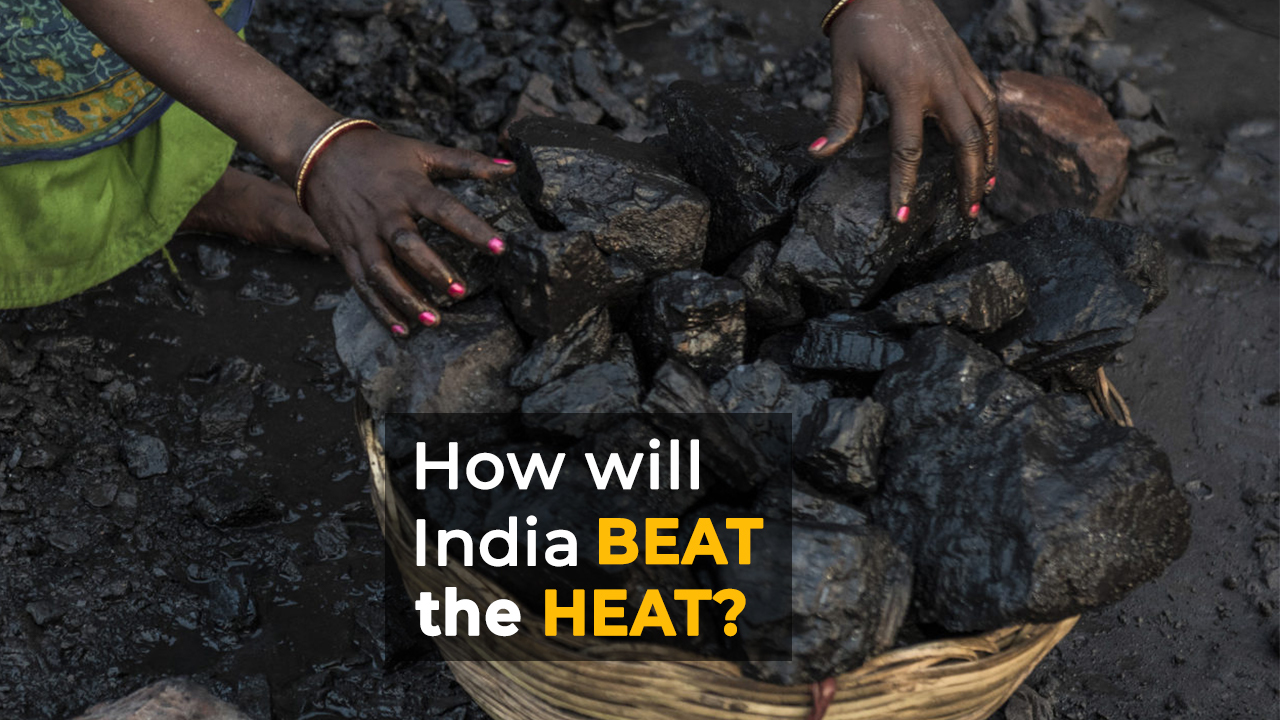 Many states across India are facing blackouts of up to eight hours. The primary reasons were that the electricity demand went up with the ingress of summer, and thermal plants were grappling with a coal supply shortage.

A surge in electricity demand prompted states like Punjab and Uttar Pradesh in the north and Andhra Pradesh in the south to cut off supply. The disruption, which can last up to eight hours in some locations, forces customers to endure the heat or seek more expensive relief options.

Although blackouts are not uncommon in India, this year’s situation particularly points to a “looming electricity crisis,” said Shailendra Dubey, president of the All India Power Engineers Federation, an advocacy group.

Power cuts triggered by the scarcity of coal – the fossil fuel that accounts for 70% of India’s power generation – threaten to cripple the $2.7 trillion economies seeking to fire up all its engines after emerging from a record contraction caused by the pandemic. They are also stoking inflation when policymakers struggle to rein in runaway energy prices fueled by Russia’s war in Ukraine.

Businesses, including alloys, metals, and cement producers, must expend more energy in a tight domestic and global market. According to Nomura Holdings Inc, a continuing coal shortage could weigh on the country’s industrial production and become another “stagflationary shock.”

“Demand and supply factors are responsible,” economists led by Sonal Varma of the Japanese bank wrote in an April 19 research note. “Electricity demand has increased due to reopening and as the country heads into the peak summer season, but supply has been disrupted due to reduced availability of rail rakes to transport coal and the drop in coal imports.

India is looking to return to a full year of growth after gross domestic product shrank 6.6% in March 2021. But headline inflation hit a 17-month high in March, above the central bank’s 6% target, posing headwinds.

While a recovering economy and a resumption of industrial production are causing a surge in demand, the heatwave also adds to the wave.

Temperatures continued to soar in many parts of the country, prompting the weather service to issue heatwave warnings. According to India’s meteorological department, the nation’s capital, New Delhi, recorded 108.3 degrees Fahrenheit (42.4 degrees Celsius) on April 9, its hottest day in five years. The national average hit nearly 92 degrees in March, the highest since authorities began collecting data in 1901.

According to Atul Ganatra, president of the Cotton Association of India, The power cuts have upended the operations of some textile mills in the west and south of the country, as the high cost of cotton prevents them from splurging on generators. He said that expensive diesel and other alternatives would significantly reduce cotton consumption.

Atul Singh, who runs a car dealership and repair shop in the eastern state of Bihar, said frequent power cuts and the use of diesel were squeezing his margins. His company spends more on diesel than electricity, Singh said.

Farmers are not spared either. Mohit Sharma said he was struggling to irrigate his maize fields in Uttar Pradesh. “We don’t get electricity either during the day or night,” Sharma said. “Children can’t study at night, and we can’t even rest at night.”

Coal inventories at Indian power plants have recently declined due to lower domestic production, transportation constraints due to limited railcars, and reduced imports due to high ocean freight rates. Data from the Department of Energy shows that as of April 18, power producers held inventory that could last an average of just nine days. Despite a 27% increase in production in the first half of this month, state-owned Coal India Ltd., which operates some of Asia’s largest coal mines, said it could not keep pace with “intense demand.”

“Thermal power plants across the country are grappling with a shortage of coal as demand for electricity in the states has increased,” Dubey of the All India Power Engineers Federation said. “Many of them cannot bridge the gap between demand and supply due to insufficient coal stocks in thermal power stations.”

A summer coal shortage has long been a routine affair, mainly due to Coal India’s inability to ramp up production and poor infrastructure. When the pandemic cooled industrial production, the lull in demand further slowed progress in adding capacity. The coal crisis returned last year, exposing the cracks as the economy reopened, with high import prices adding to the problem.

There could be more pain on the horizon, said Debasish Mishra, a Mumbai-based partner at Deloitte Touche Tohmatsu. With monsoon rains around the corner, flooding of mines and roads will likely slow coal production and supply.

“Power plants should stockpile coal ahead of the monsoon season. But that’s not happening,” Mishra said. “With the increase in demand, we may be heading for a worse coal crisis than last year.”

Fun Facts About IKEA We Bet You Didn’t Know!