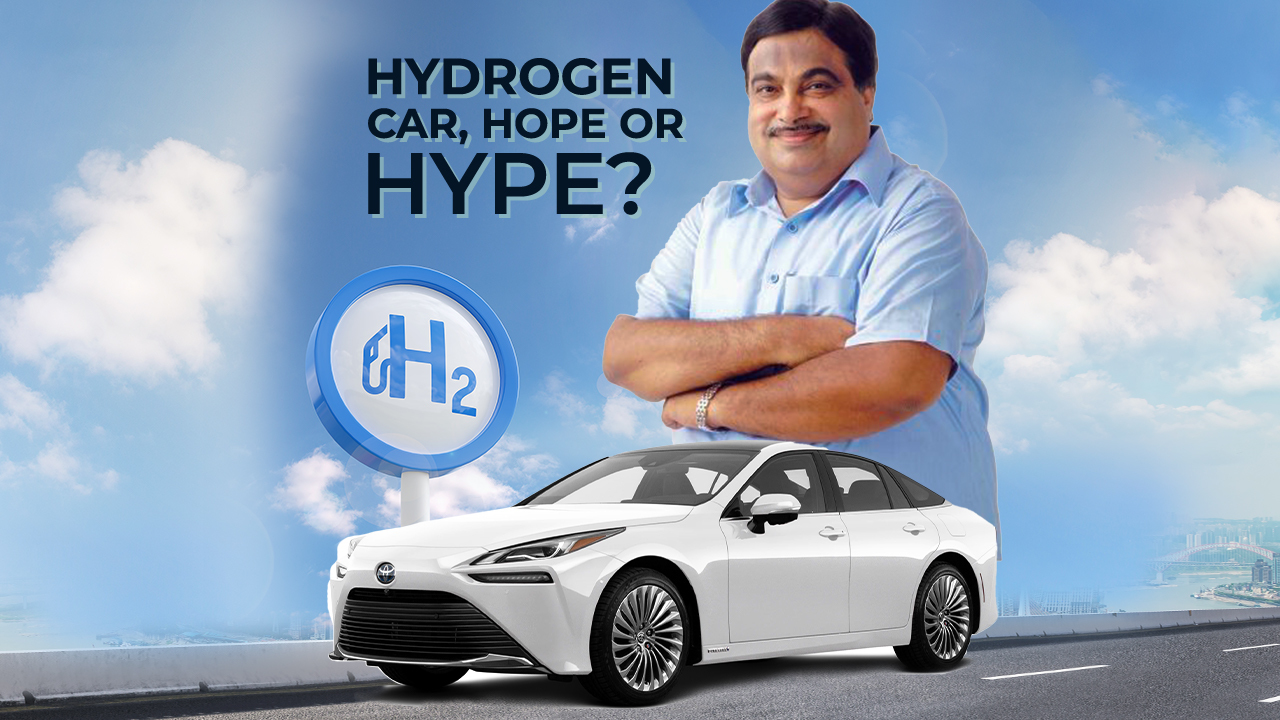 On 30th March 2022, Mr Nitin Gadkari, The Union Minister for Road Transport and Highways, made headlines by arriving at the Parliament House in an FCEV, Fuel Cell Electric Vehicle. The action can be interpreted as indicating the upcoming shift in the Centre’s stance from conventional Battery-powered electric vehicles, BEVs, to FCEVs. Gadkari took the ride of a Toyota Mirai vehicle, an FCEV that sports three hydrogen tanks powered by a 182 hp electric motor. The car can be refueled in five minutes and possess a 1.24 kWh lithium-ion battery pack.

Green Hydrogen has been the emerging topic of interest in the nation ever since Gadkari said in Goa that he would start using a vehicle that runs on green hydrogen as a pilot project. He added that the Indian Oil Corporation had assured the supply of green hydrogen.

India has always appreciated and acknowledged the use of electric vehicles. Over the past two-three years, there has been a noticeable surge in the manufacturing and selling of EVs. People are not hesitating anymore before buying their EV Vehicles. Talking about the same, they are typically categorized into four broad categories—conventional hybrid electric vehicles (HEVs), plug-in hybrid vehicles (PHEVs), BEVs, and FCEVs.

FCEV’s Fuel Cell Electric Vehicles use hydrogen gas combined with oxygen to produce electricity and run the motor. Toyota’s Mirai, Honda’s Clarity, and Hyundai’s Nexo are some examples. FCEVs are entirely powered by electricity, thus making them EVs. However, these vehicles are FCEVs comparable to conventional cars and trucks, with their range and refueling processes.

An FCEV will take mere five minutes of refueling time compared to 30-40 minutes of charging for a BEV, which is one of the major differences between both vehicles. It saves time, but the consumers are also benefited from about five times better energy storage per unit volume and weight. This leads to a lot of free space for other things and allows the rider to go further.

India is stepping ahead in the field of clean energy. With several missions and plans around, Prime Minister Narendra Modi clarified India’s policy on Hydrogen-powered vehicles. This was when he addressed the nation at the 3rd Re-inVest Conference in November 2020. The Prime Minister also announced plans to launch a comprehensive National Hydrogen Energy Mission at the conference.

This became a little clear when Finance Minister Nirmala Sitharaman proposed launching a Hydrogen Energy Mission in 2021-22 in the union budget presented last year. This program is about generating hydrogen from green power sources.