Bolt Hires Maju Kuruvilla. The Silicon Valley gets another CEO of Indian Origin 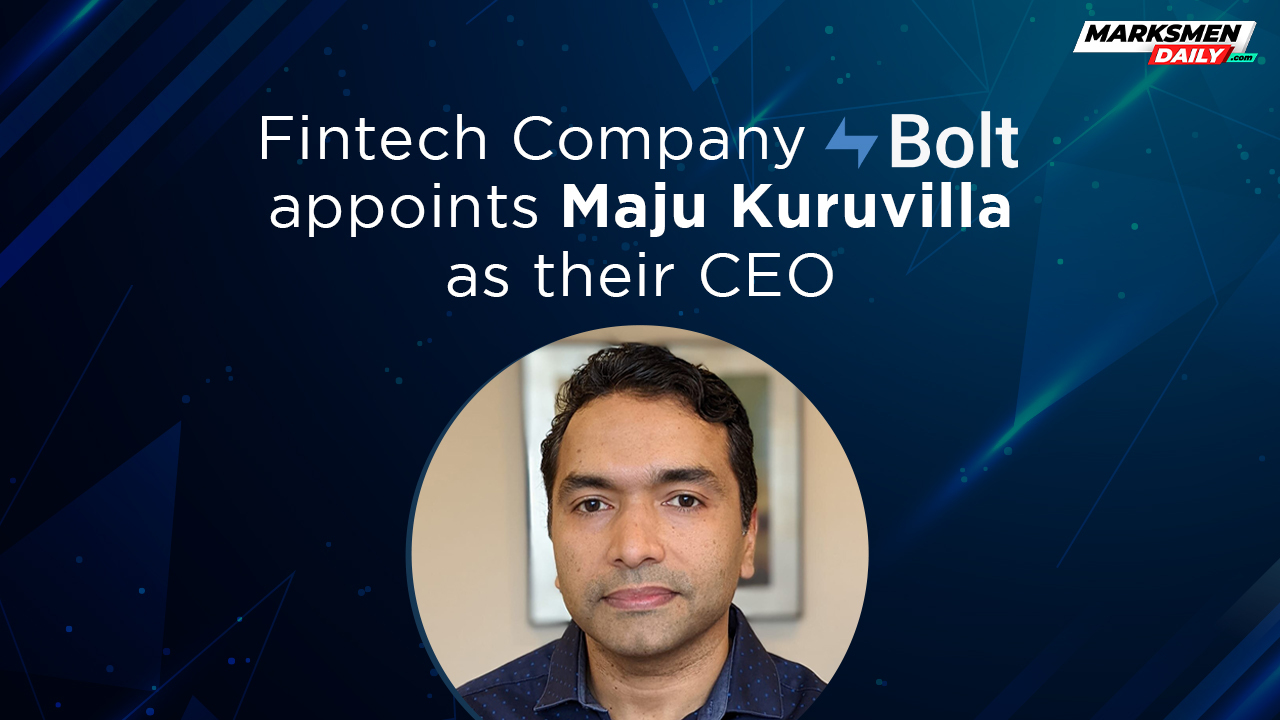 Maju will be replacing the firm’s founder Ryan Breslow who initially stepped down from this role to become the company’s new chairperson. This decision came after Bolt acquired an $11 billion valuation for their finance business. The company provides payment software for shopping platforms.

Kuruvilla first joined this company as chief product and technology officer in 2021. Later, he was promoted as a chief operating officer just six months ago. Coming this far in such a short time is commendable.

From a Mangalore Executive to The San Francisco Chief

44-year-old Maju hails from a small town in Karnataka ( now Mangalore) and permanently dwells in San Francisco. He studied computer engineering at Mangalore University and later pursued a Master in administration degree from the University of Washington.

Kuruvilla’s hiring as CEO was announced on 1 February by Ryan Breslow, who praised his ability to “create world-class teams” and “execute ruthlessly and scale globally.”

According to Breslow, Kuruvilla is seen as a hero in Bolt. “With the majority of the firm reporting to him already, I thought to myself, “Why not 100%?” Bolt’s founder expressed his happiness via tweet.

Kuruvilla, according to Breslow, “completely transformed Bolt’s trajectory in all his former projects.” “We can’t wait to see him as a new superhero CEO,” Breslow remarked. “It’ll be a thrilling ride.”

Kuruvilla, meanwhile, expressed his gratitude to Breslow for offering him such a role. “Thank you for acknowledging me and entitling me to be a part of the extraordinary Bolt narrative,” he said. “I’m looking ahead to the future. Let’s decentralize the economy.”

Ryan further explained his new role as a chairperson. He said he wants the company to acquire new deals, fundraising work, and enhance the workplace. In a tweet, he says he is not going anywhere until his company, Bolt, democratizes commerce.

Maju has worked for Amazon for the past seven years. He joined this commercial giant as a director of software development in 2013 and was later promoted as a Vice President in 2017. At Amazon, he managed the technology team and led the global logistics. As a Vice President, he donned many hats and managed the entire business unit spanning engineering, operations, and business.

According to Bolt’s blog post, Maju Kuruvilla outperformed his role and became one of the fastest-rising engineering executives. He has worked for Amazon and was a chief technology officer for Microsoft also.

Presently, Bolt is acquiring funds that are expected to raise $14 billion, according to TechCrunch. The company has also switched his working days to four per week. And the working pattern has completely switched to online mode. Bolt laid its foundation six years ago and is valued at $6 billion in 2021. But, due to tremendous growth and hard work, the company has doubled its value to nearly $11 billion this month.

Bolt has many premium customers and users, such as Forever 21 and BlackRock. The company has stayed strong for the past seven years and has acquired many investments and investors.