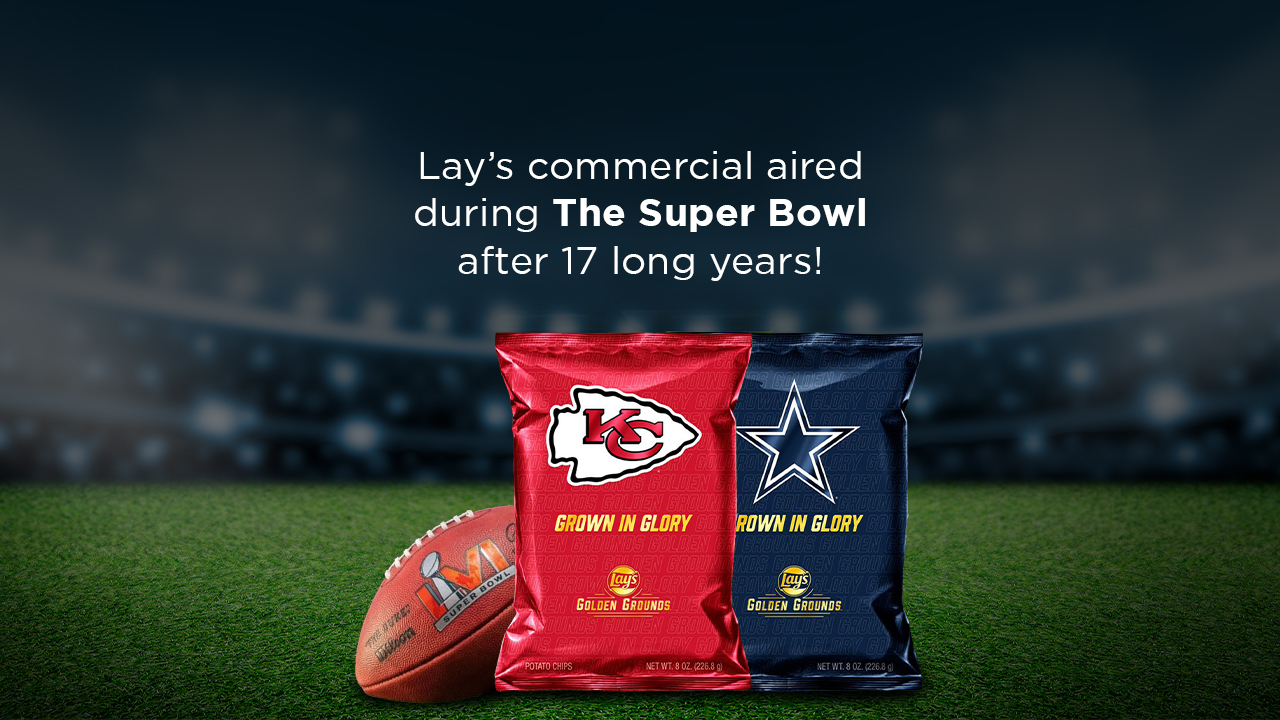 The Super Bowl is the National Football League’s annual championship game (NFL). Since 1966, it has overtaken the NFL Championship Game as the final game of each NFL season. The game has been held on the first Sunday in February since 2004. Now, the well-known chip product, Lay’s, is preparing to make a victorious comeback.

Frito-Lay announced today that the snack tentpole would have an in-game spot at Super Bowl 56. The announcement comes days after the company reported a Flamin’ Hot campaign involving Doritos and Cheetos.

Although the company hasn’t revealed any specifics about the big spot, it’s already generating buzz with an NFL-inspired connection of chips called Golden Grounds, produced with potatoes cultivated in the soil of the league’s holiest ground: the football pitch.

So the question is, what has Lay’s got stored?

Lay’s took soil from NFL sports venues and arenas across the region for the finite collection, blending it into different parts of the company’s potato fields to create “chips blended with the grounds and greatness of every NFL team.” The specialized snack will be packaged in a keepsake box with the logo design and colours of the league’s most popular teams. To pique interest, the brand enlisted the help of NFL legend Jerry Rice to incorporate the line in a brief clip.

Between now and January 25, fans can register for a chance to win a bag by visiting the campaign’s dedicated website. The Los Angeles Rams and Los Angeles Chargers will play in Super Bowl 56 at SoFi Stadium in Inglewood, Calif.

When will it be aired, and who all will be there?

Bisleri stands true to its iconic status throughout the Pandemic