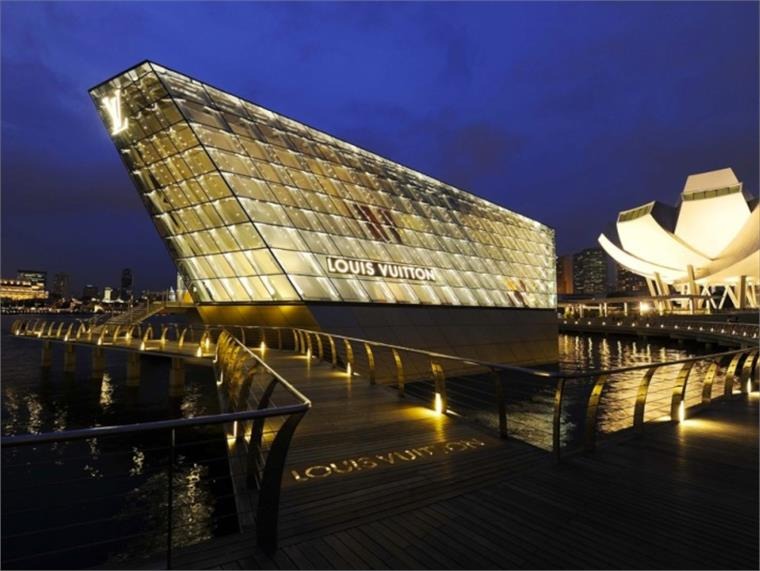 According to some sources, Louis Vuitton is considering opening its first duty-free store in China on the emerging luxury island hotspot of Hainan, in a move that would represent a departure for the world’s greatest luxury label. The rumoured duty-free shop  in Haitang Bay shopping centre through a partnership with the mall’s state-owned operator, China Duty-Free Group.

The brand, which is the major source of earnings for French luxury conglomerate LVMH, is famed for keeping a tight grip on distribution and never offering discounts on its leather monogrammed bags. This move could help Louis Vuitton capitalise on pent-up demand for luxury goods by Chinese shoppers – the sector’s most avid consumers – was unveiled by brand executives at an early September presentation in Shanghai, according to a person who attended it.

Louis Vuitton declined to comment when asked about plans for a duty-free shop in Hainan, which has boomed as a high-end shopping destination during the COVID-19 pandemic with Chinese consumers unable to travel abroad.

Some European and American companies, such as Kering-owned Gucci and Ferragamo, offer products at the shopping centre, and there are signs of increased interest from the high-end watch and jewellery labels. However, LVMH’s more well-known fashion and leather goods brands, such as Dior, are only present in Hainan to market its fragrances and cosmetics. A Louis Vuitton duty-free shop on the island would be one of only a few such locations for the brand worldwide.

The global duty-free industry was worth $86 billion in 2019, before the pandemic knocked the figure down by nearly half, to $45 billion in 2020, according to Generation Research. According to analysts at Bernstein, international travel limitations mean that money is quickly repatriated to China, and the Chinese government wants to keep it that way. Last year, the Chinese government increased the amount of duty-free shopping in Hainan to 100,000 yuan ($15,635) per year and abolished several buying restrictions.

The pandemic’s interruption of international shipping harmed the grey market, which is powered by “daigou“, professional shoppers who buy high-end things abroad on behalf of mainland Chinese – in Europe, but also in South Korea.

That helped duty-free sales in Hainan, which has surged as much as fivefold compared to pre-pandemic levels, while a government target for sales of 700 million yuan by 2030 implies annual growth of 37%, according to Bernstein analysts.

“International travel will come back, but a strong company presence in Hainan will become paramount,” they said.

Gaining a footing in Hainan allows premium brands to reach a larger audience. However, Louis Vuitton and its competitors are wary about discounts, which might degrade their items’ exclusivity, as well as the possibility of feeding a grey market if their handbags and clothing can be purchased more cheaply elsewhere.

Bruno Lannes, a partner at consultancy Bain’s consumer products and retail practice in Shanghai, said brands had to make sure that offering luxury goods at a lower price would not damage their image. “If you go back to the original definition of luxury, luxury’s exclusive, and exclusive means that you exclude consumers — it’s not for everybody, so that’s the challenge.”