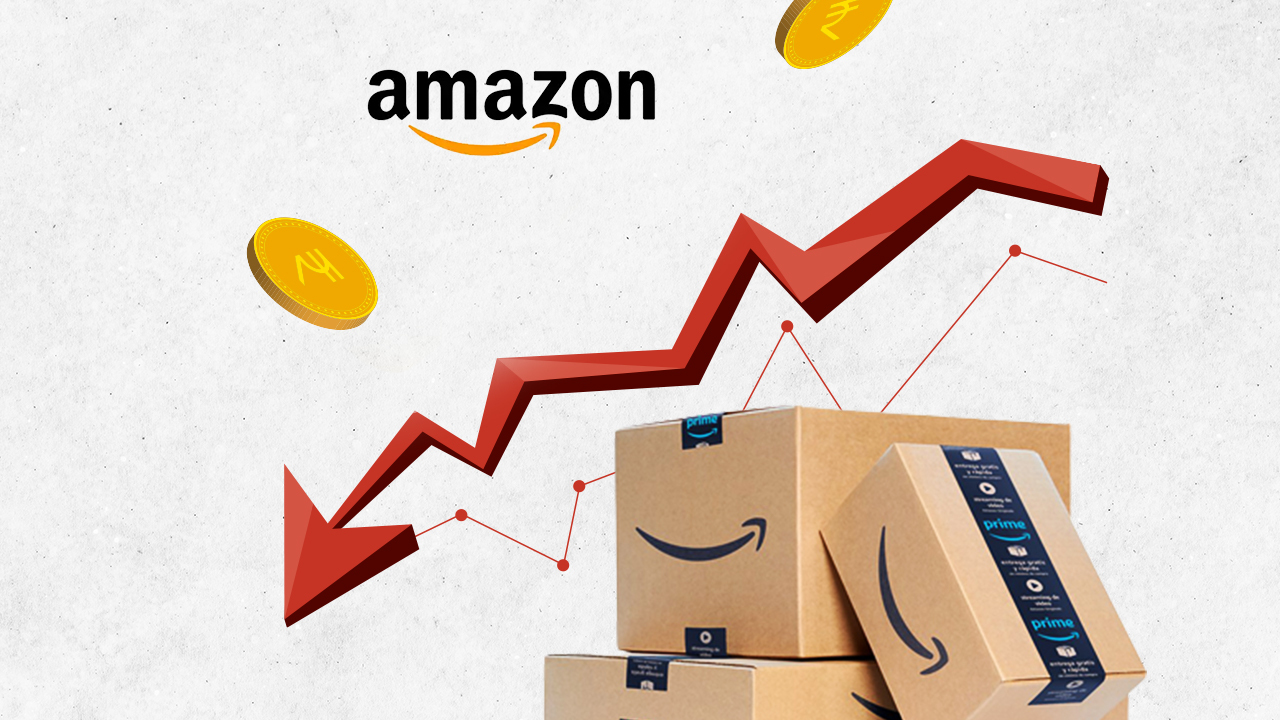 Amazon.com is the world’s first public company to lose a trillion dollars in market value as a combination of rising inflation, tightening monetary policies and disappointing earnings updates triggered a historic selloff in the stock this year. According to Reuters, Shares in the e-commerce and cloud company fell 4.3% on Wednesday, pushing its market value to about $879 billion from a record close of $1.88 trillion on July 2021. Amazon and Microsoft Corp. were neck-and-neck in the race to breach the unwelcome milestone, with the Windows software maker close behind after having lost $889 billion from a November 2021 peak.

It’s been a bloodbath for Amazon shares. After hitting the $879 billion mark on Wednesday, which pushed its market value loss to $1 trillion, Amazon managed to climb up a bit yesterday, with its market cap at $985.79 billion (on NASDAQ) and shares soaring 12%. The world’s largest online retailer has spent this year adjusting to a sharp slowdown in e-commerce growth as shoppers resumed their pre-pandemic habits. Since the start of 2022, Amazon co-founder Jeff Bezos has seen his fortune fall by $72 billion, with his current net worth being $120 billion, according to Bloomberg Billionaires Index data.

Earlier last month, Amazon reportedly projected the slowest revenue growth for a holiday quarter (Oct-Dec) in the company’s history, as shoppers reduce their spending in the face of economic uncertainty. That sent its market value below $1 trillion for the first time since the pandemic-fuelled rally began in tech stocks more than two years ago.

The mind-boggling figures, first noted by Bloomberg, are the results of a worsening economy, repeatedly dour earnings reports, and massive stock selloffs. Amazon, valued at $1.882 trillion on June 21, on Thursday reported a comparatively measly $878 billion valuation. Microsoft, which briefly surpassed Apple as the world’s most valuable company last year, wasn’t far behind, with market valuation losses hovering around $900 billion. Combined, the two companies declines capture the effect of a lousy year most in tech would like to soon forget.
These declines aren’t just limited to Amazon and Microsoft. The five most valuable U.S. technology companies reportedly lost a combined $4 trillion in value this year. As an overview, this exceeds the combined GDP of Turkey, Argentina, and Switzerland.

Amazon, in particular, disappointed investors last month with lower-than-expected third-quarter sales. To make matters worse, the company expects fourth-quarter growth of just 2-8% year-over-year. That’s fine for a normal company, but nothing is normal for Amazon, a company that has been growing ever since. Like many other companies, Amazon has had to contend with declining e-commerce purchases as consumers less concerned about Covid-19 return to retail stores.

“There is obviously a lot happening in the macroeconomic environment,” CEO Andy Jassy said following the third quarter earnings report. “And we’ll balance our investments to be more streamlined without compromising our key long-term, strategic bets.” On the plus side, Amazon has so far managed to avoid the eye-popping job cuts that have hit many of its brethren in the tech sector. It doesn’t mean you shouldn’t worry. Earlier this month, the company extended its previous hiring freeze to cover all of its employees. In a memo, Amazon Senior Vice President of People Experience and Technology Beth Galetti cited an uncertain economic outlook and a rise in hiring in recent years as the main drivers behind the slowdown.

The record valuation losses arguably say just as much about the peculiarities of the modern global economy as it does about one single company. Just four years ago, Apple became the first company to achieve the $1 trillion valuation mark. Apple somehow managed to briefly triple that valuation in the years since and around a half a dozen other companies, including Amazon, Microsoft, Meta, and Saudi Aramco, all managed to surpass the once unfathomable figure.

The e-commerce giant has also begun a cost-cutting review, with the company’s unprofitable business units being brought under the scanner, a report said on November 10.
The review is being led by Amazon chief executive officer Andy Jassy, who is assessing the performance of the sub-entities that have not broken into profit, sources privy to the development told the Wall Street Journal.

Amazon has asked staff working in some of the unprofitable units to find jobs elsewhere in the company, as the teams on which they were currently onboarded were being shut down or suspended, according to a report, citing the persons who are familiar with the details.

One of the units which is being ‘closely evaluated’ is the Alexa business unit, the report said, quoting people familiar with the developments. The business unit, responsible for the Alexa voice assistant, employs more than 10,000 people, and is a major recipient of the investment capital. However, in recent years, the Seattle-headquartered company’s devices unit, which includes Alexa, has seen an operating loss of more than $5 billion a year, the report said, citing internal documents of the Jeff Bezos-founded company.

The report comes a week after the company announced a hiring freeze for its employees, citing an “abnormal macroeconomic environment.” “We anticipate keeping this pause in place for the next few months and will continue to monitor what we’re seeing in the economy and the business to adjust as we think makes sense,” Amazon’s Senior Vice President of People Experience and Technology Beth Galetti said in her blog post.

Decades of high inflation in the United States and an impending global recession are causing many large tech companies to start downsizing and laying off staff. Facebook’s parent company, Meta Platforms, announced on November 9 that it would lay off more than 11,000 of their employees, nearly 13% of their workforce. The company will also extend the hiring freeze it has imposed on new hires.

Social media platform Twitter laid off more than 3,700 employees in recent days. According to new CEO Elon Musk, the move is necessary to reduce the “$4 million a day loss” the company is currently suffering from. Last month, Amazon projected the slowest revenue growth for a holiday quarter in the company’s history as shoppers reduce their spending in the face of economic uncertainty. That sent its market value below $1 trillion for the first time since the pandemic-fueled rally in tech stocks more than two years ago.