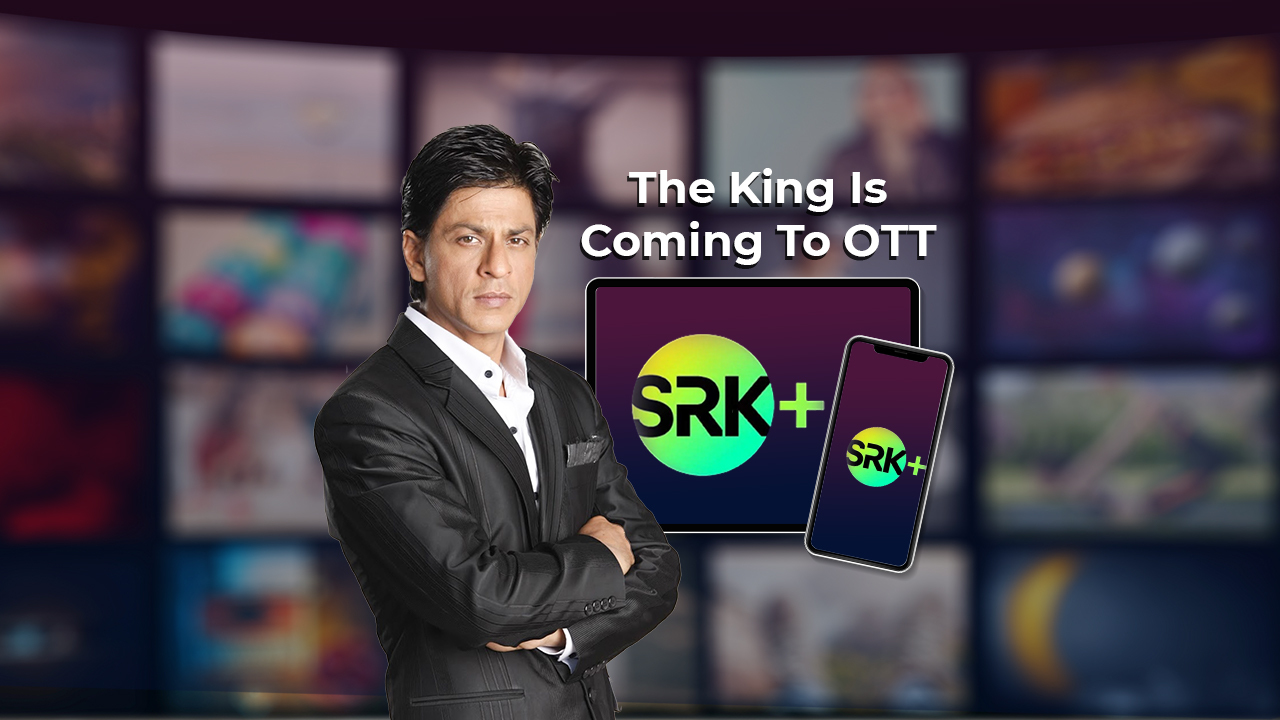 Shahrukh Khan, the King of Bollywood, is making a comeback finally. It’s been years since we have watched him grace the screens. Quite a long time for the die-hard fans of the megastar, speculations were doing the rounds regarding him back among the audience.

The rumours got viral last September when he teased his fans with an advertisement, speaking about what other stars are doinG. The teaser was enough of an indication for the fans that King Khan will make an OTT debut, but when that is going to happen, the unanswered question remains in the following months.

Six months down the line, we have an update regarding the same. Khan was kind enough to end these speculations by posting a photo of him on his social media handles with a caption that grabbed millions of views. The photo with “SRK+ Coming soon” was captioned as, “Kuch Kuch hone wala hai, OTT ki Duniya Mein. (Something is going to happen in the world of OTT).”

Not much is known about his upcoming project. However, the launch seems exciting as it would be the first time across any industry that an actor is establishing a streaming platform. Fans and media were awaiting an official announcement from Red Chillies Entertainment, Khan’s production house. Nothing has been posted or announced by the production house as of now. While Khan is busy shooting Pathan, a much-awaited movie, we still have to wait about the venture after a long break.

Siddharth Anand is directing the movie Pathaan, and Deepika Padukone will be featured opposite him. The hit B-Town Jodi has raised the bar of expectations yet again. The film also stars John Abraham.

Produced by Yash Raj Films, the movie is set to hit the theatres on 25th January 2023. While John Abraham is playing the main antagonist, Khan would be seen in an avatar of a spy. A special video featuring Shahrukh Khan, Deepika Padukone, and John Abraham announced the release date.

The video that took the internet by storm in September 2021 featured Khan waving at fans from his balcony; basking in his glory, he further said that no actor in the industry could match his aura. As the video progresses, his manager standing alongside him pointed out that this might not be the case, as everybody in the industry is doing something like the Disney+ Hotstar.

Maybe the debut got delayed due to his son Aryan Khan’s arrest by the Narcotics Control Bureau regarding the drugs case. Now that Aryan is back home, SRK can look and focus on his venture.

Aryan Khan, the elder son, has been making appearances here and there post his bail. He was recently seen in IPL auditions alongside his sister Suhana Khan.

Sundaram Mutual: A Smart Investment Plan For All Your Goals