Who knew, 'Sharks' could be billionaires? 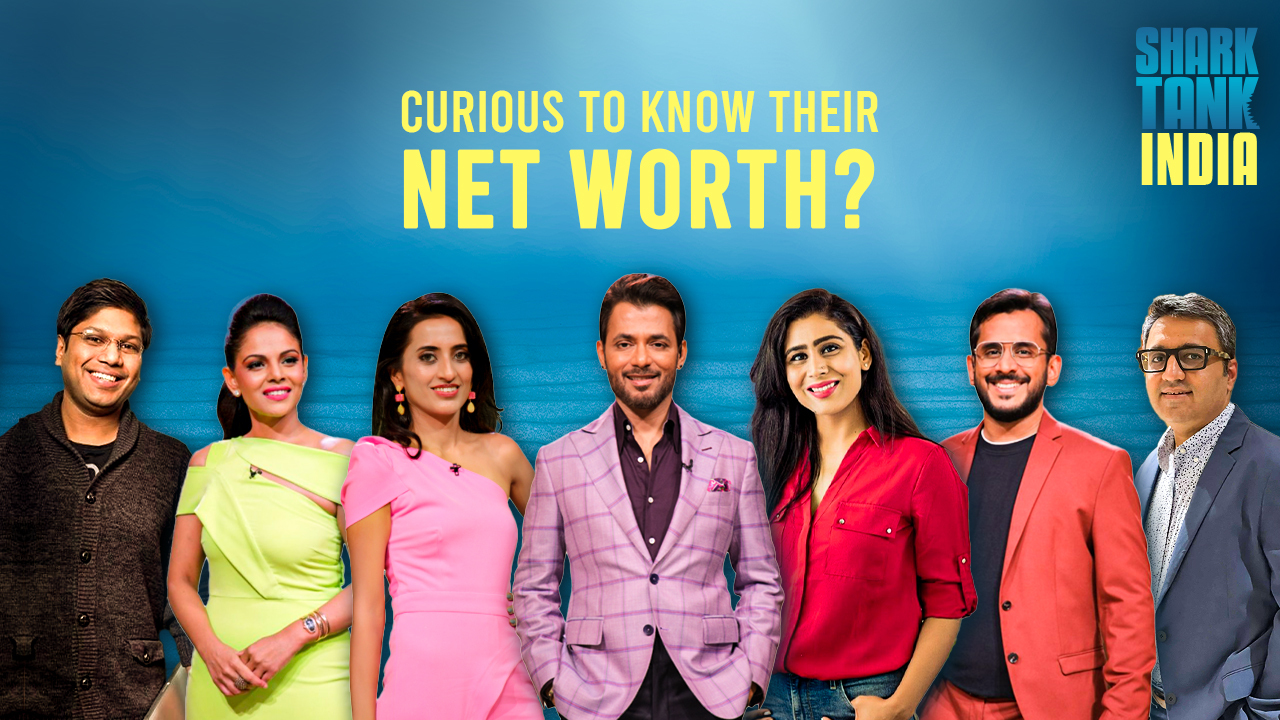 Know the net worth of all Sharks on Shark Tank India!

The eyes of all the viewers who are interested in exploring innovative business ideas are now fixed to the single show broadcasting on Sony Liv. Shark Tank has been gaining popularity, as it is the Indian version of a similar US show, which has reached its 13th season. Different entrepreneurs participating in the show come up with their unique and innovative business ideas and are evaluated based on their scope for possible profit and future growth.

The entrepreneurs are judged by the seven jury members, who are called the Business Sharks. They are popular figures in business and have business assets measured in crores. Moreover, they do not judge the entrepreneurs, but they act as investors if they can convince them with their business.

The seven juries of the show are ordinary business owners and one of the biggest business owners in the country. Let me give brief details about their assets; I hope your jaw doesn’t drop.

Let’s start from the one with the lowest among the seven.

Vineeta Singh is one of the seven juries worth 59 crores. She is the Chief Executive Officer of the famous cosmetics brand SUGAR cosmetics. Not only this, but she is also the founder of another beauty brand, FAB BAG.

You must have heard about the most famous organic skin, hair, and beauty ranges of Mama Earth, right? Ghazal Alagh is the co-founder and Chief Innovation Officer of the brand. The Mama Earth brand is one of the most sustainable brands which provides toxic-free beauty products and products ranges for babies. She owns total assets worth 148 crores.

Anupam Mittal owns assets worth 150 crores. He is one of the business holders and investors who play a role in four different well-known companies. First of all, he is the CEO of the company People Group and the founder of one of the companies under this name, Shaadi.com. Shaadi.com is a popular Indian matrimonial site that has been running successfully until now. Additionally, he is also a shareholder of the famous OLA app, which makes riding easy by availing transportations wherever and whenever required, at his fingertips.

Namita Thapar is among the most successful businesswomen of India and in the show with assets worth 600 crores. She is the CEO of Emcure Pharmaceuticals, one of the well-known pharmaceutical corporations. She has created an impression by winning the Economic Times’ 40 under 40.

Peyush Bansal owns assets worth 600 crores and is one of the business sharks who started his career in 2007 through Microsoft. He is the CEO of the well-known company of lenses, i.e., Lenskart, and is also the brand’s cofounder. In this show, he has marked his image among the viewers through his investment in the “pesticide trolley spray,” which would work as an effective product for farmers all across the nation.

For the technological freak generation, boAt is one of the brands in India, which is not unknown to anyone today. Aman Gupta is the CEO and the co-founder of the boAt brand, which provides the latest technology-based electronics. He started his career in a very low position as an assistant manager of the Citi. Eventually, He became the Director of HARMAN international before putting in the gear through boAt. He owns assets worth 700 crores. Phew!

Ashneer Grover is one of the successful and wealthy personalities in the show, but he is one of the youngest billionaires in India. He owns assets worth 700 crores and is the co-founder and the CEO of Bharat Pe, which started in 2018.

Who has received the Padma Awards in the field of business in 2022?