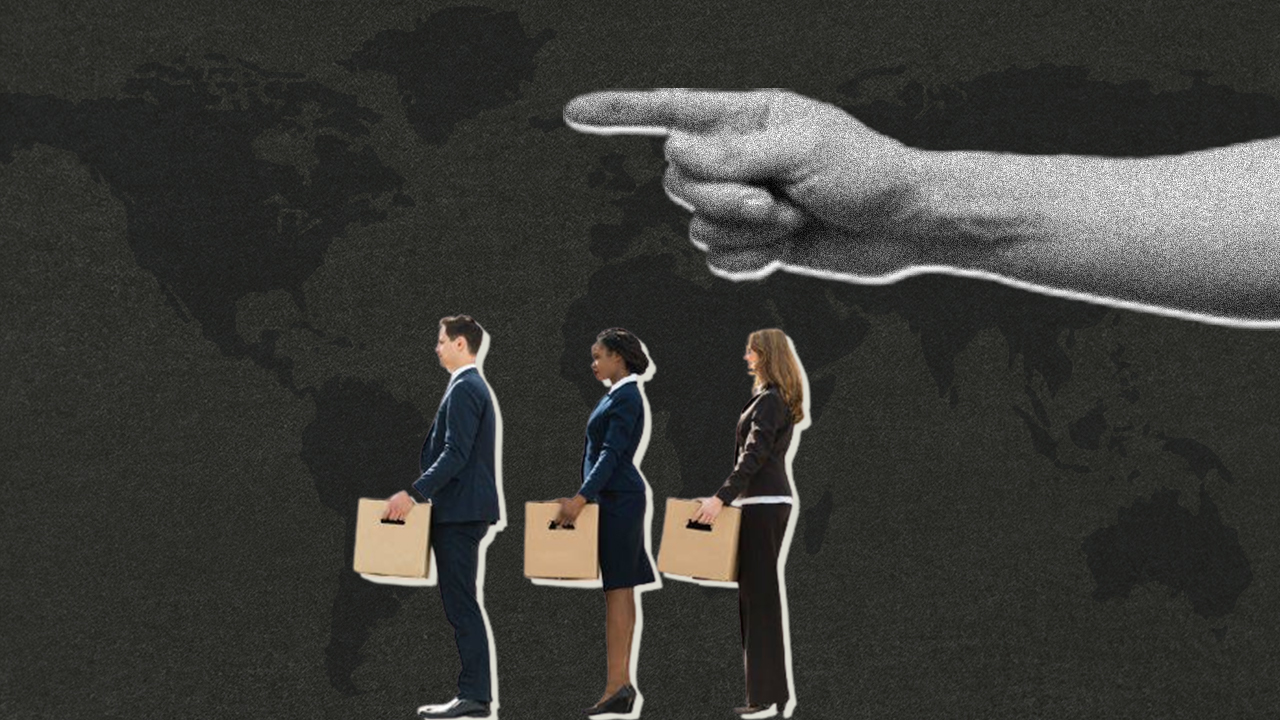 Faced with economic uncertainty, the world’s largest tech companies are laying off workers or freezing hiring. As the world economy heads into recession with unchecked inflation and central banks across the world raising interest rates, more technology companies are instituting hiring freezes or laying off workers. Weak consumer spending, rising central bank rates, and a strong foreign dollar all point to a possible recession. Tech companies like Apple, Meta, and Amazon are cutting staff or freezing hiring to keeping the ship afloat.

A recent tally by Crunchbase, which provides insights on the ongoing business world, reveals that tech firms based in the US have fired more than 45,000 workers as of October 2022. These layoffs include Twitter’s most recent mass layoff that slashed roughly half the company.
Situations are similar in India. According to the inc42.com website around 15,708 in the country have lost jobs. The data include the layoffs in 44 startups including unicorns like BYJU’S, Chargebee, Cars24, LEAD, Ola, Meesho, and MPL.

We’ve compiled a list of tech giants’ biggest layoffs this year to give you a closer look:
1. Twitter
Following Elon Musk’s recent takeover of the social media platform, the changes that have come around have made headlines making this rather controversial takeover a lot more famous and talked about than it already is. Musk’s takeover began with the firing of Twitter CEO Parag Agrawal, CFO Ned Segal, and legal affairs and policy Chief Vijaya Gadde immediately after the completion of the acquisition. Later, Twitter fired nearly half of its 7,500-strong staff on November 4. Employees were first informed about the layoffs in an email sent to them the previous day. Apart from raising questions about the company’s ability to deal with misinformation ahead of the US midterm elections, the layoffs also prompted a class action lawsuit from the company’s former employees.

In India, the email came at 4 am and the Indian Express reported almost all people in Twitter India’s marketing, communications, and engineering teams were impacted by the layoffs. One employee told the Indian Express that “the entire process seems like a game of Russian roulette”. Twitter had close to 250 to 300 employees in India. In India itself, around 180 of its 230 employees were fired across content, partnerships, content curation, sales, and social marketing teams.

2. Meta
According to multiple reports, Facebook’s parent company Meta is planning to reduce the size of its workforce to keep budget spending down. In August, Mark Zuckerberg warned some employees that “a lot of people in the company shouldn’t be here.” And now, according to The Washington Post, Meta plans to lay off those employees. The company saw sales decline in its first two quarters of the year and third water net sales at $4.4 billion, down 52% year-over-year. Mark Zukerberg has already frozen hiring across the department and asked employees to work with available resources.

However, a hiring freeze seems unable to curb Meta’s losses, so he decided to take the solemn step of mass layoffs. Meta Platforms Inc. Chief Executive Officer Mark Zuckerberg said the company will cut more than 11,000 jobs in the first major round of layoffs in the social media giant’s history. The reductions, equal to about 13% of the workforce, were disclosed Wednesday in a statement.

3. Apple
Bloomberg reports that Apple has suspended hiring of many non-R&D jobs. Apple expects growth to slow during the holiday season. Shipments of the iPhone 14 Pro and Pro Max are also expected to be affected by China’s lockdown policies to deal with the new Covid-19 infection. Bloomberg adds that it does not apply to teams, but will affect standard hardware and software engineering roles and other company functions.

4. Amazon
Amazon has yet to announce any layoffs, but has frozen hiring in its retail operations for the rest of the year. This was reported by The New York Times, citing an internal statement. The announcement, emailed to recruiters, says the company will stop hiring for all corporate roles at its branches. Amazon’s store operations include physical and online retail operations and logistics activities. The department had more than 10,000 job postings before the freeze, according to the NYT.

5. Intel
Intel is planning to lay off thousands of employees as part of its fourth-quarter plan to cut down operating costs. Intel CEO Pat Gelsinger confirms that the company wants to focus on efficiency and revenue even though it may have some “people cost”. In addition, the world’s largest chipmaker also confirmed to reduce its workforce by around 20 percent in the next year following the plan to cut down the annual spending of the company by $10 billion by 2025.

6. Microsoft
Microsoft also confirmed the layoffs. The company recently laid off about 1,000 employees in several areas of its business. The company said it was cutting headcount around the world to focus on its business priorities and “make structural adjustments.” In an official statement, Microsoft said, “Over the next year, we will continue to invest in our business and hire in key growth areas. Amazingly, this is the third layoff in four months for Microsoft. In early July, the tech giant laid off nearly 1% of its 180,000 employees in its offices and product divisions, citing “restructuring.”

7. Snapchat
Snapchat parent Snap let go of more than 1,200 people in a mass layoff in September. The company almost fired about 20 percent of its workforce, which is more than 1,200 people. Snap CEO Evan Spiegel in his letter to staff posted on Snap’s website said that “unfortunately, given our current lower rate of revenue growth, it has become clear that we must reduce our cost structure to avoid incurring significant ongoing losses,” he wrote. The company laid the plan for restructuring and cutting off its employees to “ensure Snap’s long-term success in any environment.

8. Byju’s
Byju’s was valued at $22 billion in an October funding round, raising $250 million from existing investors, according to Financial Express. This makes the Bangalore-based company one of the largest educational technology companies in the world. But valuations and an influx of fresh cash didn’t stop Byju from announcing layoffs of about 2,500 employees over “job redundancy and duplication in roles.” According to PTI, the company also said that it plans to hire 10,000 new employees across the globe, with half of them being hired in India. The company also drew flak for signing footballer Lionel Messi shortly after announcing the layoffs.