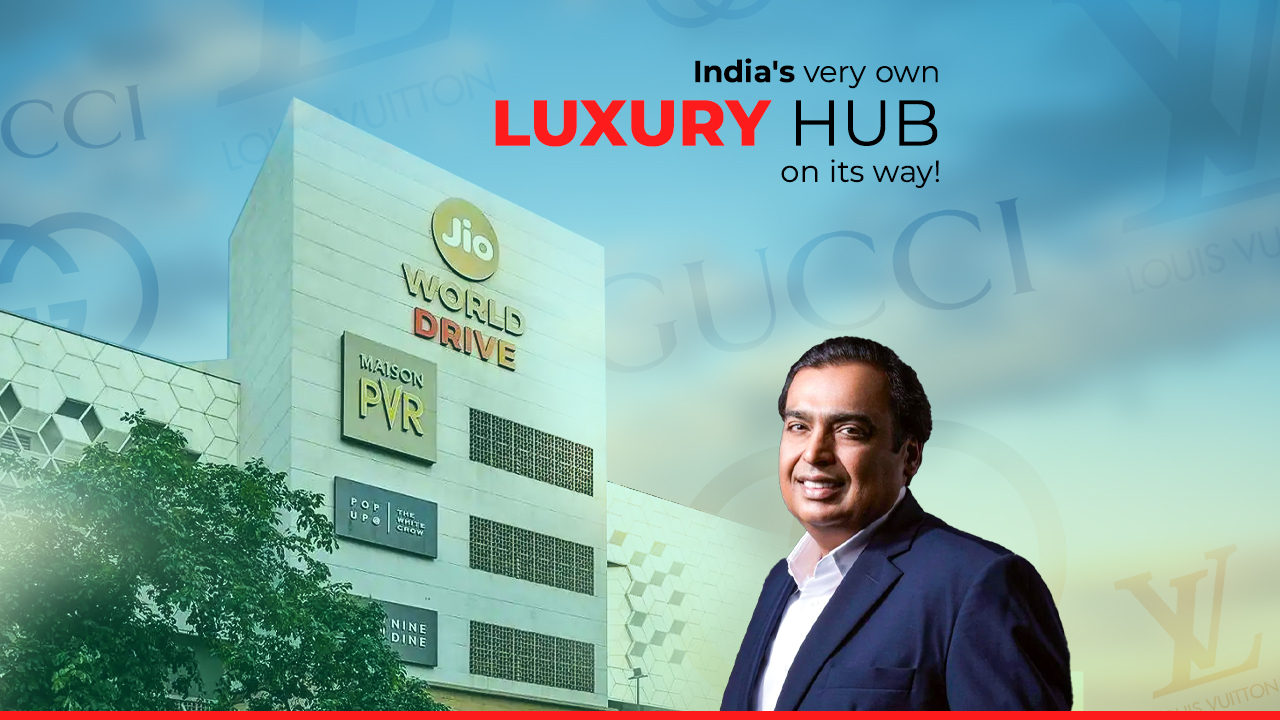 As said, change is the new constant. The world is on the urge to transform with that change. Competition and craving for new things which attract more and more people towards any business have grown to an ample height.

This is what has made Mr. Mukesh Ambani, the biggest Business Tycoon in India, bet on a luxury shopping mall worth $ 1 billion to bring a massive change in the Indian e-commerce business.

It’s a very planned strategy that will transform India’s retail market within a speculated time span of five years. According to one of the trusted sources of the Ambani group’s strategic planning team, this has been spread in the news and media that this is a revolutionary idea that will bring the Reliance company to have the upper hand in the economic market of India.

The main idea is to showcase how the surging demand for Western luxury goods would form its place in the market. They aim to bring non-partner and high-wattage luxury brands in

collaboration with the existing partners for local sales like Bottega Veneta and Tiffany. However, for the installations of the branded companies in the Indian market, they have to pass all that from the portal of the Reliance empire.

Let’s have a brief insight into the luscious luxury development.

•The luxury mall for this betting will be built in the hub in Mumbai’s Bandra Kurla business district within the Jio World Center. It will have dozens of outlets for powerhouse brands from Gucci to Louis Vuitton. Around half the floor of the luxury brands are partners of Reliance only.

•The outlet of the Jio World Plaza represents the significance of the India expansion for several brands. According to the official website of Louis Vuitton, it has only three stores in India, though its first outlet was opened two decades ago. Whereas Versace has just one to date.

•That’s why Louis Vuitton’s outlet in the mall will be its biggest in India at 7,376 square feet, as heard from the authorized officials and their documentation.

•The cost amount deployed in the development of the Jio World Centre, which would be a giant commercial and cultural place, has been estimated to be upwards of $1 billion. This is factually a very hefty investment by Reliance, having a market value of $238 billion.

The Ambanis are driving hard to bring about this transformation and push the expansion of luxury in India. They believe that this amendment of leveraging and doing partnerships with the foreign brands will surely help them be ahead of their retail rivals in the luxury offerings and help the Global brands make a place for themselves in the Indian wants.

Indeed, the transformation driven by the Ambanis has made Reliance pitch a highly sensitive placement of rival brands next to each other. However, this would surely bring a massive change in the Indian market and the business of the Ambani group. Let’s wait for the results of the revolution.