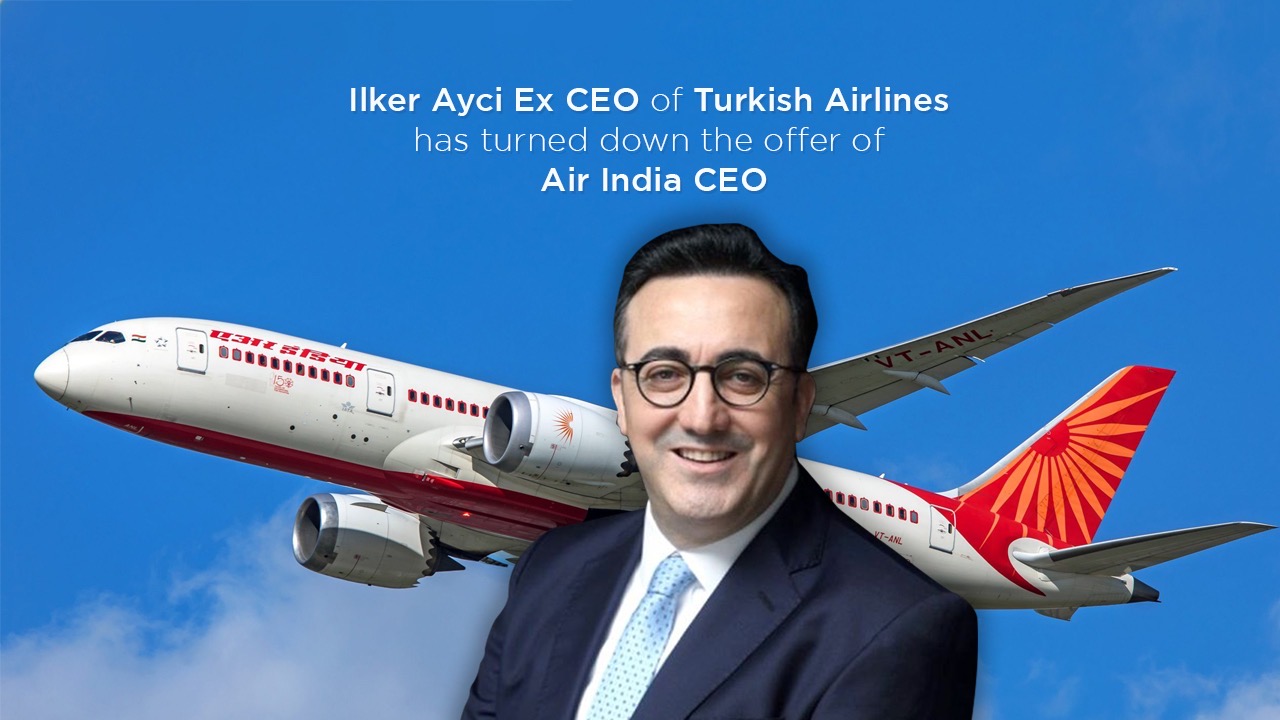 Tata Sons have been making headlines for quite a while. After almost seven decades, the buzz started when Air India, the nationalized airline, made a comeback to its founders, the Tata group. And weeks after Tata concluded the deal, the recent development in the events which followed is the surprise appointment and even quicker exit of Ilker Ayci, as the CEO of Air India.

Ilker Ayci to be the CEO and Managing Director (MD) of Air India was announced by Tata Sons, and he was supposed to join the airlines by April 1st, 2022.

However, two weeks after accepting the new CEO of Air India, the former Turkish Airlines Chairperson Ilker Ayci declined the offer on Tuesday, March 1st. The development unfolded days after announcing his name for the post that was followed by a lot of opposition for the same in India.

In a statement released by Ayci, he cited the political controversies. He said that some sections of the Indian media have been “attempting to color my appointment with undesirable colors” since the announcement by the Tata Group.

“As a business leader who has always prioritized professional credo and, more importantly, the happiness and well-being of my family above all else, I have concluded that it would not be feasible or an honorable decision to accept the position in the shadow of such a narrative.”

Ilker Ayci hailed from Turkey and served as the chairman of Turkish Airlines between 2015 and January 2022.

The Former Chairman has also steered various insurance companies and served as the President of the Investment Support and Promotion Agency of Turkey (ISPAT) from 2011 to 2013, before his stint at the Turkish Airlines

Tata Sons released a press statement on February 14th stating the board meeting and considering Ilker Ayci as a candidate for the role and are likely to assume his responsibilities before or on April 1st, 2022. The board meeting also hosted Tata Sons chairman N Chandrasekaran as a special invitee.

The press statement read, “The board, after due deliberations, approved the appointment of Mr. Ilker Ayci as the CEO & MD of Air India. This appointment is subject to requisite regulatory approvals.”

A week after, PTI, a news agency, reported a thorough background check of the newly appointed CEO and MD of Air India by the Ministry of Home Affairs.

As per the report, “The Home Ministry carries out a thorough background check of all foreign nationals when they are appointed in the key positions of any Indian company.”

A Turkish national for the role as the Chief Executive Officer of the recently privatized Indian Airlines was questioned by the Rashtriya Swayamsevak Sangh (RSS), the ideological mentor of the BJP.

Ayci is known as a turnaround specialist in the aviation industry, which was considered thoroughly before his appointment for the CEO of Air India. This is why he seemed a logical and calculated choice for the debt-ridden airline.