An ode to the Startups - India gets its National Startup Day! 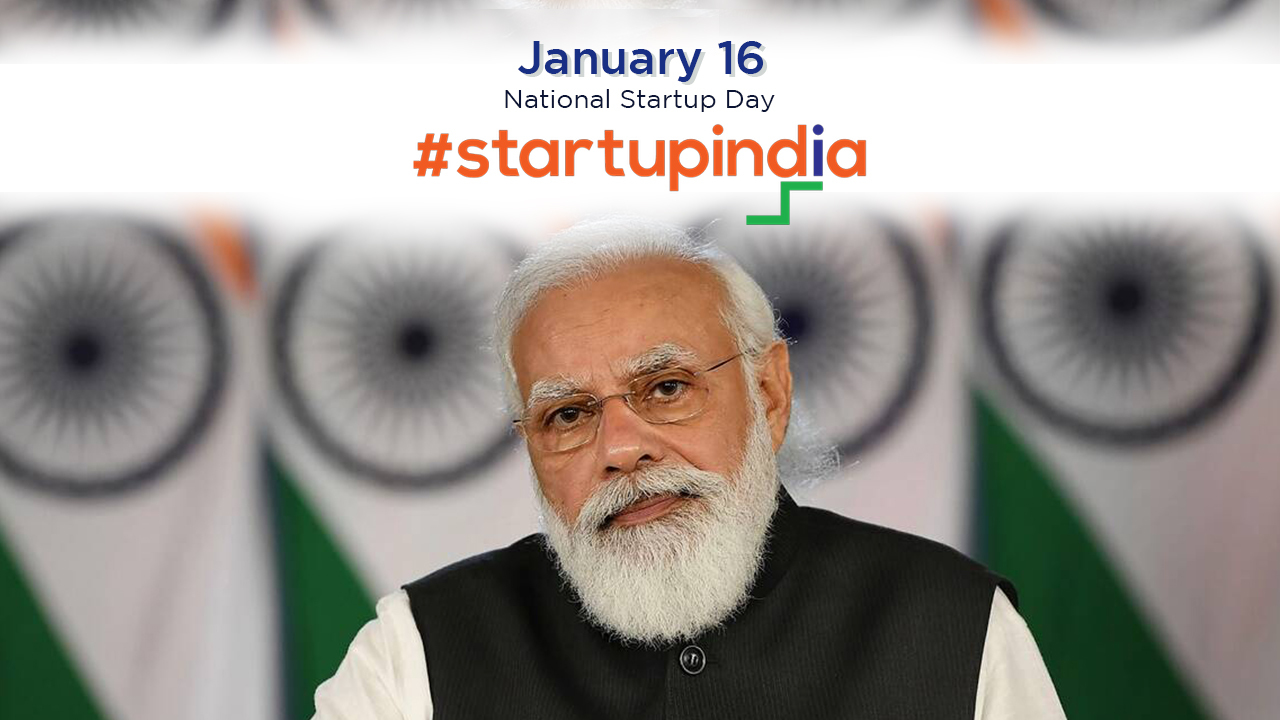 In the times where startups have become the new trend amongst the youth especially, and the country is growing towards entrepreneurial growth, Prime Minister of India, Narendra Modi, on Saturday, recognized 16th January as the National Startup Day! He interacted with over 150 startups from different sectors through a video conference. He emphasized that startups would be at the heart of the new India.

Startups are changing the game overall. He expects startups to become an important part of India’s economy moving forward. The Indian Prime Minister congratulated all the startup companies and the entrepreneurs raising the flag for India in the startup world. Modi mentioned that many changes are being made in policy concerning startups to promote this culture. Startup ecosystems in India are on the cusp of new horizons in 2022. Modi said that starting a business will play a large role in the celebration of India’s centennial.

Accordingly, he recommended that startups begin new projects in the semi-urban and rural areas, which are enjoying a boom at the moment. Startups must help rural India develop. There are many challenges, but there are also big opportunities. India’s new decade is called the “techade,” as it focuses on innovative business models, entrepreneurship, and the startup ecosystem, with significant aspects such as empowering entrepreneurs, introducing innovation without government processes, and kicking bureaucracy to the curb.

In his words, the government will support all innovators so that India will stay competitive in the global market. “Go global, don’t stay local.” During the interaction, he said we should innovate for India from India. In recent years, Indian startups have experienced rapid growth. Over 625 districts in India have at least one startup. The majority of startups in India are concentrated in Tier-II and Tier-III cities. Modi said it showed how people from all classes turn their ideas into businesses.

According to India’s prime minister, 42 unicorns were created last year! According to him, startups are just entering the golden age. As a result of the campaign regarding innovation in India, India’s ranking in the global market has increased. Additionally, India’s position in the innovation index has improved greatly. At the end of 2015, it ranked 81st. Today, India ranks 46th in the Innovation Index.

Earlier in the week, the Prime Minister’s office informed the public of the upcoming celebration of innovation ecosystems. This event marks the sixth anniversary of the launch of the Startup India initiative. It is being held by the DPIIT, a wing of the Ministry of Commerce and Industry.

PM Modi added, in India today, youth is valued, and policies are being made in line with that! With this, let us cheer on the ability and creativity of youth forming the basis of a nation’s development.